Wicketkeeper Tom Moores has committed his future to Nottinghamshire by signing a new deal that keeps him at Trent Bridge until the end of the 2019 season.

The 21-year-old was ever-present in the Notts Outlaws side that won the NatWest T20 Blast for the first time in the Club’s history this summer.

Moores took 12 catches and completed one stumping during the competition and scored 191 runs with the bat, including an important 57 in the win at Derbyshire Falcons.

“It’s fantastic to commit to the Club. With the year we have had in 2017, getting promoted and winning two white ball trophies, it was an easy decision to make,” he said. 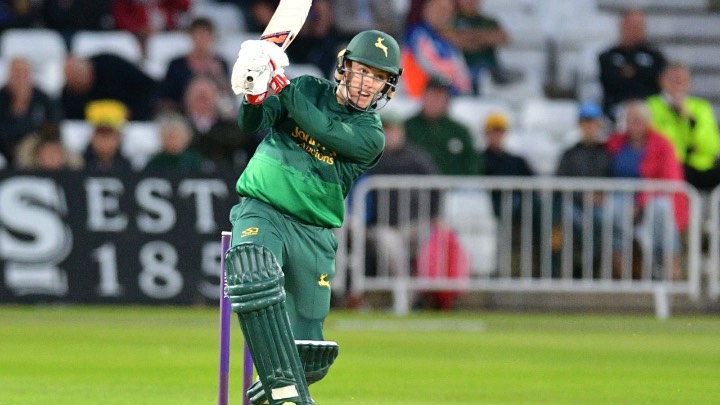 “Being involved in the NatWest T20 Blast was the highlight of my career so far – it’s a great time to be a Notts player. Next year, I want to do what I did in the T20 more consistently across all three formats and compete for a place on all fronts.”

Director of Cricket Mick Newell has been pleased with the progress of former England Under-19s player Moores and said: “Tom’s had an excellent season, certainly in T20 cricket, and he’s been a major part of our success there.

“With Chris Read moving on, there are going to be more opportunities for wicketkeepers, so we think it’s important to show some faith in Tom and give him the confidence of a two-year contract going into Division One cricket next year.”