OPPOSITION VIEW: A SEASON OF TWO HALVES FOR LANCASHIRE

Lancashire Lightning will look to tighten their grip on top spot of the North Group with a victory in tonight’s Vitality T20 Blast fixture at Trent Bridge.

With only one defeat to their name so far, the Lightning are two points clear of Durham Jets and Worcestershire rapids, who sit second and third respectively.

However, they head to Trent Bridge without their man in form Liam Livingstone, who fractured his thumb in the Roses County Championship match with Yorkshire earlier this week.

Whilst Livingstone came out to bat virtually one-handed at number 11 with a short-leg guard covering his injured thumb on the final day at Old Trafford, the Lancashire captain will be unavailable for the foreseeable future.

But Head Coach Glen Chapple will be keen for the Red Rose to press on following their last-ball win over Yorkshire Vikings in their last T20 game.

“To be where we are in that competition says a lot and It’s been a fantastic effort, but we have to push on,” he said.

“The other night was an absolute nail-biter, but a fantastic evening which should inspire everyone to go on in the competition. 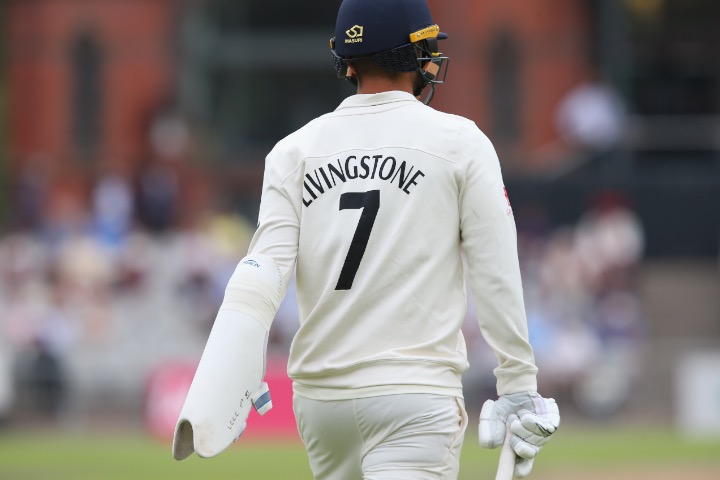 Lancashire's Liam Livingstone walks out to bat with a short-leg guard protecting his broken thumb.

“To win a close one like that is good for belief when it comes down to it.

“One of our problems earlier in the season was that we were either winning (50-over) games comfortably or losing close ones. The quality was there, but we’ve started to win close ones.”

Having won six games so far this season, Chapple will be hoping that the Lightning have one foot in the knockout stages already.

But the Lancashire coach is still targeting a number of wins in the last block of the competition.

“Thirteen would be nice,” he joked.

“I think nine would be a safe target. Eight went through last year. We’d like to think from where we are now we could achieve more than that.” 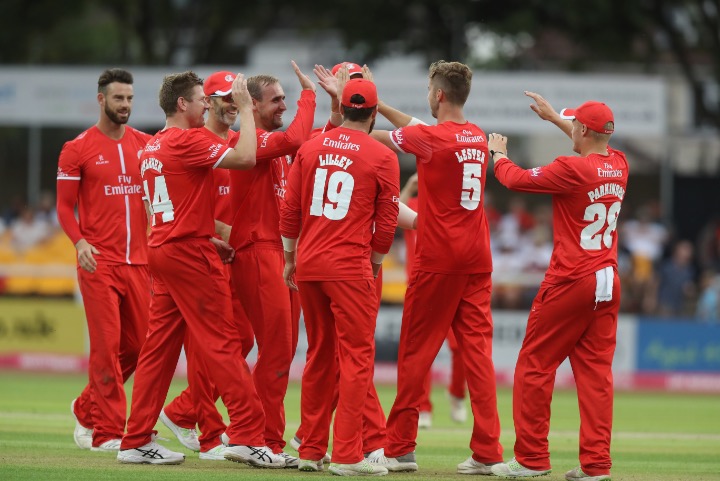 Lancashire celebrate a wicket in their victory over Leicestershire.

Despite their impressive T20 campaign so far, it’s been the complete opposite in the County Championship.

The Red Rose currently sit just one point above the Division One relegation zone having played a game more than Hampshire and bottom club Worcestershire.

Batting has been a major problem so far in the four-day games with damaging collapses leaving them with only one win and five draws, and Chapple knows they need to improve or face Division Two cricket next season.

“We’ve got to look at ways to stop that (bad sessions costing them the game), and we’re not scoring runs consistently enough. That’s our challenge moving forwards,” said Chapple.

“We’ve had a good few weeks in T20, the lads are in good spirits, and we’ve got players with good first-class records.

“It’s a question of getting as many players in good form as we can.

“We have to retain belief that we are playing strong enough cricket to, certainly, bowl teams out.

“We need to be able to build partnerships and put scores together.”

Notts Outlaws play Lancashire Lightning under the lights of Trent Bridge on Friday in the T20 Vitality Blast, from 6.30pm. Secure your seats here...

Lancashire Preview: Outlaws Look To Get Back On Track