It’s not often during his cricket career that Paul Coughlin can say he’s been happy after a defeat, but when you consider the journey he has been on to play what is his first match for Nottinghamshire, such a feeling is entirely understandable.

It was back in March that the committed all-rounder landed awkwardly when diving in the field to suffer a bad dislocation of his right shoulder that required surgery.

Coming at a point when Coughlin had impressed with bat and ball for the England Lions against the West Indies A, and given he was looking forward to a productive inaugural season with the Green and Golds following a move from home county Durham, the timing could hardly have been worse.

Since then, it’s been a patient road to recovery for the 25-year-old seamer and hard-hitting batsman where a gradual return to fitness under the watchful eye of Notts physio James Pipe has seen countless hours spent in the gym.

“I have been waking up at 7am ready to play, I’ve been that excited!” Paul Coughlin

But his determination was finally rewarded this week as he was deemed fit enough by club management to make his comeback, albeit purely as a batsman.

So while as captain of the side he would have hoped for more than a four-wicket defeat to the MCC Young Cricketers, just to be back out there on the field was a significant moment for Coughlin.

“I have been waking up at 7am ready to play, I’ve been that excited!” he explains. Even just to be in the field was brilliant and to finally pull on the Notts shirt for the first time was special.

“I couldn’t wait to get out there and get involved because I’ve just wanted to be part of it. I’ve been away on a few of the away trips with the lads just to get to know everyone which has been great, because I didn’t want to turn up for my first game and feel out of place.

“Everyone has been absolutely brilliant with me and all the management have advised me when they thought was the right time to come back and I think they have been proven right because I went out there and didn’t feel any pain at all. 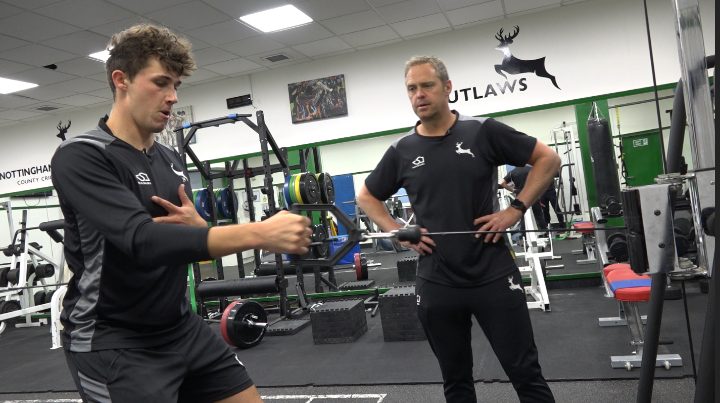 “It’s frustrating that I can’t bowl and throw yet, but I know that will come in time.”

With the bat, Coughlin showed no signs of rustiness whatsoever as he powered 74 from 63 balls with nine fours and two sixes batting at number four in the first innings against the Young Cricketers.

And while his score of 16 second time around might not have been what he was looking for, the Sunderland-born man is pleased with his progress overall.

He adds: “Just being back was good enough for me, so to contribute some runs as well was fantastic on a personal level.

“Playing games now will give me something else to focus on because it’s been a long time where I haven’t had that to look forward to.

“Playing games now will give me something else to focus on because it’s been a long time where I haven’t had that to look forward to.”

“With the bowling I don’t want to say when and where I am going to be back, but hopefully I’ll be somewhere near to being available for selection come the latter stages of the season.

“It almost feels like this is now the most frustrating bit because my arm is no longer in a sling, but I still know I’ve got a bit of work to do yet.”

Coughlin’s delight at his long-awaited return has not gone unnoticed. It brings a smile to Head Coach Peter Moores’ face when he recalls the moment a comeback match was agreed.

“You know a bloke has been out for a while when he tells you he is looking forward to a day in the dirt because he hasn’t been out fielding for a while!” he smirks. 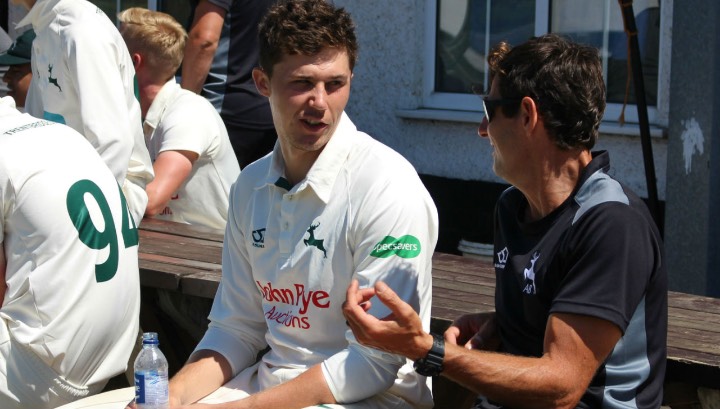 “The rehab’s gone brilliantly so far and all the credit has to go to Paul himself for all the hard work he has put in, along with James Pipe, who is an exceptional physio.

“He’s worked hard with the S&C team too so he can play as a batter and it’s lovely to see him get some runs.

“It’s just great to have him back and captain the side and put some of his experience to good effect with the young players, which is lovely to see.”

Like Coughlin himself, Moores is keen to urge people not to expect too much too soon after such a serious injury.

“We are going to keep working hard with him, and the target is to see if we can get him to have some impact on the season.” Peter Moores

He says: “Yes, he can play as a batter, but he has to be a little bit careful in the field and he also has some more work to do in terms of his bowling.

“He’s now back doing walk throughs with the ball and gentle throwing, but it’s a process to follow because it was a major operation.

“We are going to keep working hard with him, and the target is to see if we can get him to have some impact on the season.

“He’s probably slightly ahead of where we thought he would be. We have a lot of big cricket to come and hopefully he can be involved in the latter stages of the Championship.”