NASH: ENGLAND WORLD CUP CALL NOT OUT OF QUESTION FOR NOTTS CAPTAIN MULLANEY

The Green and Golds’ skipper has been in fantastic form in this year’s Royal London One-Day Cup campaign scoring 316 runs at 52.66.

Scores of 70 and 71 against Lancashire and Northants were followed by a match-winning 124 from 117 balls against Durham, which included eight fours and six sixes, and enabled the visitors to recover from 73-5 to post 255 all out, a total they successfully defended.

“I think it’s an indication of just how strong England are as a one-day team that Mull’s not in it.”

Mullaney has also bowled his 45 overs in the competition at a miserly 4.68 runs per over, picking up four wickets in the process, and led his side astutely in the field.

Nash insists there are few better English-qualified players around in the format and is full of praise for the accomplished all-rounder.

“I think it’s an indication of just how strong England are as a one-day team (currently ranked number one on the world) that he’s not in it,” said Mullaney. 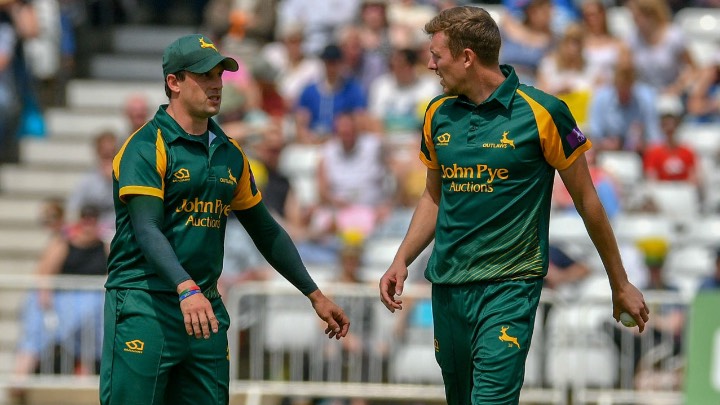 “He’s scored two centuries and plenty of fifties in the last year and for a guy coming in at number six his consistency has been unbelievable.

“Normally in a one-day game it’s the top four batsmen who get the hundreds and he’s helped us win games from situations that we should never have like against Durham.

“He deserves all the praise he gets and we’re delighted to have him in the side.

“I don’t think England is closed off to him at all.”

“I don’t think England is closed off to him at all. If he keeps putting in the performances then he will be putting his case in front of the selectors and captain and then it is down to them.”

Back-to-back wins against Worcestershire and then Durham have propelled the Outlaws into contention for qualification for the knockout stages after a slow start.

The 2017 winners know that a victory in the eagerly-awaited floodlit clash with neighbours Derbyshire on Thursday at Trent Bridge (2pm) will see them qualify regardless of North Groups results elsewhere, but defeats will mean elimination. 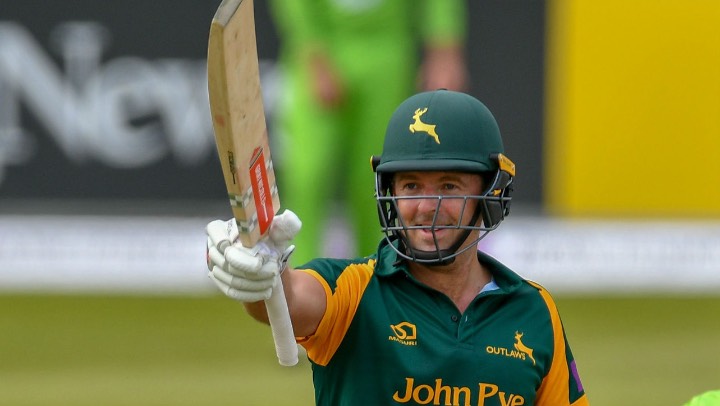 The Falcons can also win of Yorkshire lose one of their two remaining matches, meaning fo high stakes all round.

Nash added: “It will be my first Derbyshire derby, but I’ve heard all about it and how important it is to both clubs.

“I’m sure they will be bringing a lot of fans across for this one with plenty riding on it and with our support it’s like to be another decent crowd in at Trent Bridge.

“We have got some good momentum going with the two wins and we’ve had to work hard for them, but I think the best is still yet to come.”

“It could be a case of the winner goes through to the play-offs, so it couldn’t be any better and the boys are buzzing.

“We have got some good momentum going with the two wins and we’ve had to work hard for them, but I think the best is still yet to come.

“When you look at what the players in this team are capable of we can still put in more complete performances.”