Mohammad Abbas has become the latest player to join the Nottinghamshire ranks ahead of the 2020 season, signing up as an overseas player for nine County Championship matches.

The 29-year-old has built an enviable reputation in English domestic cricket, while his numbers on the global stage also bear comparison with the game's current leading lights.

Secure your seat to watch Abbas in action with a Nottinghamshire membership here... 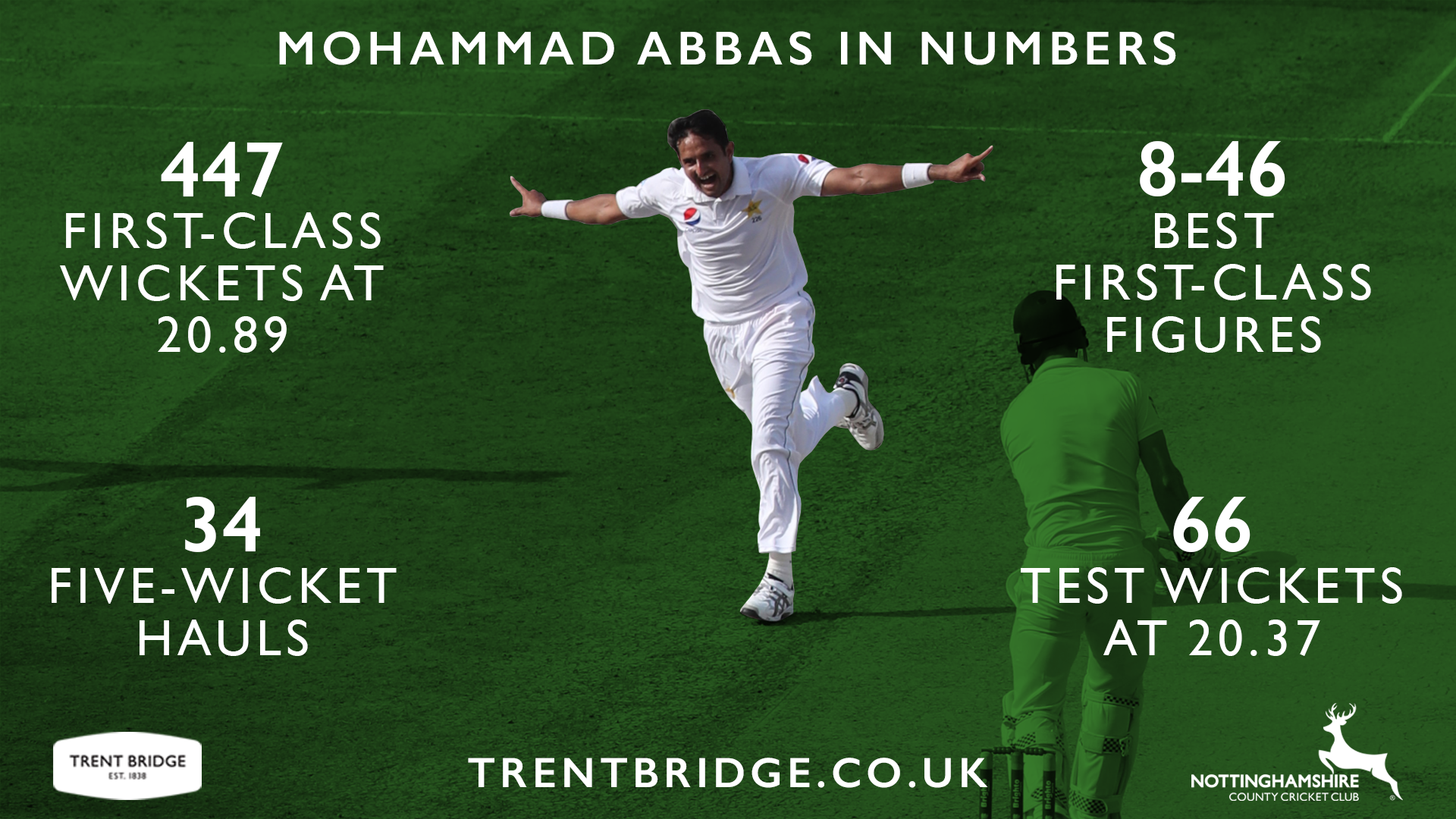 Since Abbas made his Test debut in April 2017, he has compiled a record that few of his contemporaries can match.

His average of 20.37 is fourth-best of all who have played at least 15 Tests in that time, while his misely economy rate of 2.51 is third-best of all wicket-taking bowlers over the same period.

Meanwhile, his four five-wicket hauls at the highest level is bettered only by Messrs Lyon, Anderson, Holder and Starc since the right-hander first appeared in the game's most prestigious format.

Abbas has enjoyed a prolific First-Class career both in England and the subcontinent.

And his form translated into a productive two-year stint with Leicestershire, in which he snared 79 victims at 20.67.

When Abbas gets amongst the wickets, he has a tendency to stamp his authority on the contest.

His 34 five-wicket hauls include five on English soil for Leicestershire, in addition to those four in just 15 Tests.

Meanwhile, Abbas has also taken ten wickets in a match on ten occasions – including figures of 10-95 as his side trounced Australia by 373 runs last October.

Abbas’ eight-wicket haul came in 22.3 overs as he helped KRL to skittle Karachi Whites for 156 in Pakistan’s national First-Class championship.

The right-armer proved no less potent in the Karachi’s second innings, taking 6-47 to finish with 14-93 in the match.