CLARKE AND CARTER STAR IN SECONDS' WINS OVER LEICESTERSHIRE

A half-century from Joe Clarke and a five-wicket haul from Matt Carter helped Notts to victory in their Second XI double-header against Leicestershire.

After winning the toss and choosing to field first Notts had the perfect start as Matt Carter (1-24) struck in his first over to have Azad (2) caught at square-leg by Lyndon James.

The powerplay got even better for the Outlaws as in the fourth over Zak Chappell got Ali (21) to edge a catch to keeper Tom Moores, leaving the Foxes 32-2.

The Foxes brought up their fifty from the last ball of the sixth over, however the introduction of Liam Patterson-White (2-24) kept the scoring rate down during the middle overs, the left arm spinner claiming the wicket of Ateeq Javid (40) to reduce the Foxes to 117-5.

The Foxes reached 150-6 from their twenty overs, with Clarke opening alongside Chris Nash as the Outlaws began the chase.

Nash was to fall for 8, but Clarke and Libby added 87 for the second wicket before two wickets fell in two balls.

Libby (33) departed from the final ball of the tenth over, and he was soon followed by Clarke (52), who was caught at deep square-leg from the first ball of the eleventh to leave the Outlaws 98-3.

The new pairing of Luke Fletcher and Tom Moores were able to settle any nerves, however, Fletcher hitting an unbeaten 24 from 19 deliveries – an innings that included two sixes.

It was Fletcher’s second maximum that secured the win for the Outlaws, a six-wicket victory completed in the 18th over.

See the full scorecard from game one here… 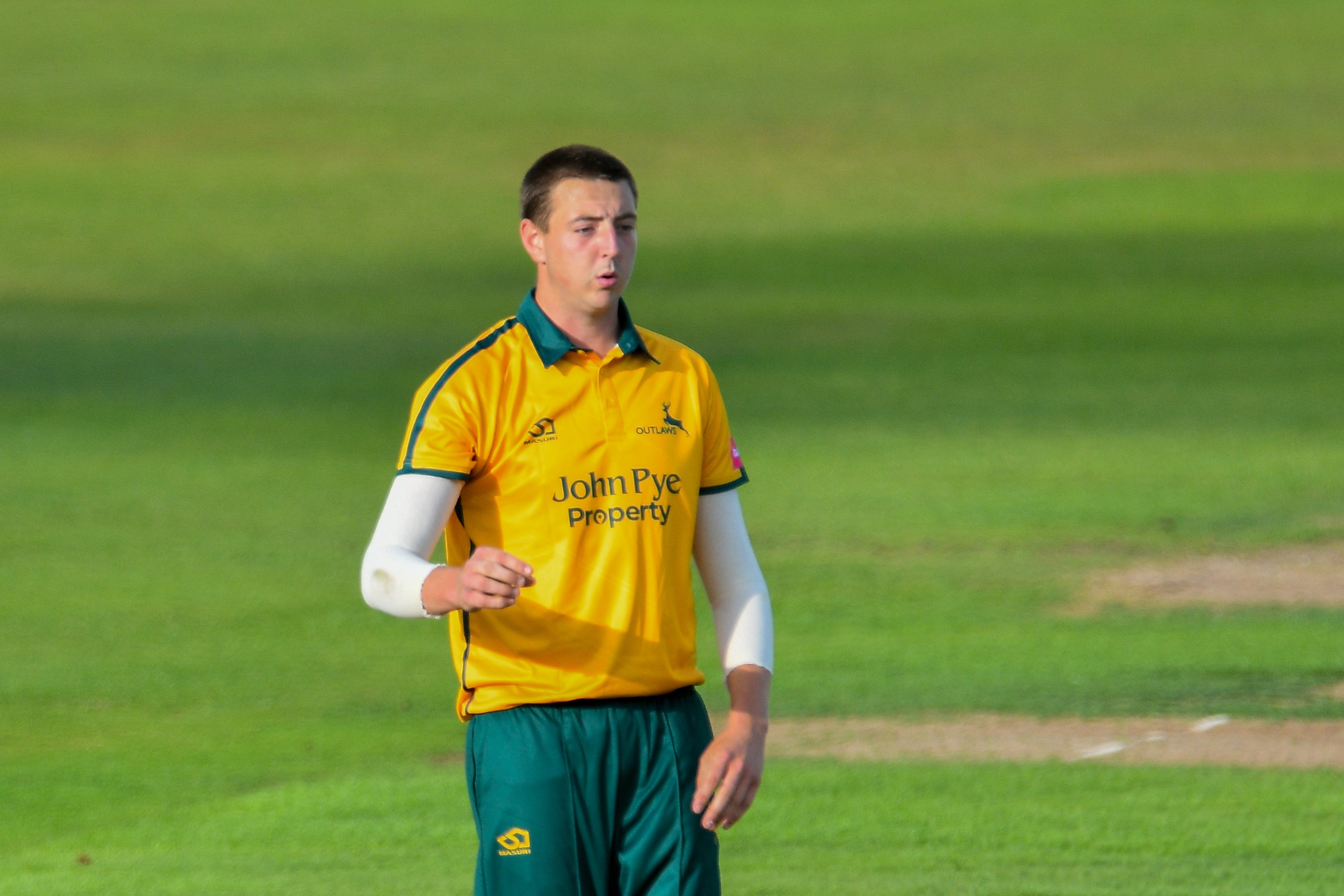 In the second game of the day, a remarkable four overs from Matt Carter in which he took figures of 5-5 helped to tie up a comfortable 48-run win.

After being asked to bat first, Solomon Budinger smashed 74, an innings including 6 sixes as he helped Notts to a final score of 162.

The partnership between Budinger and James (25) was key, the duo adding 59 for the third wicket before James fell LBW to Aadil Ali.

In reply the Leicestershire innings was anchored by Harry Swindells’ 67, but no other Foxes batsman was able to score above 10 as Carter took control.

The off-spinner had two wickets in two balls from his first over as he trapped Azad (1) LBW and had Ali (0) caught by Patterson-White.

He followed this up with the wicket of Javid (5), reducing the Foxes to 24-3 after four overs.

Carter was re-introduced to the attack in the eleventh over with the visitors 70-5, claiming his final two wickets of Green (4) and Bates (5) to complete his five-for.

Blatherwick (1), Patterson-White (1) and Gibson (2) picked up the other wickets to fall, with the Foxes being bowled out for 114 in the sixteenth over.