New Zealand batsman Ross Taylor has hailed Trent Bridge as a “great place to play cricket” on the eve of his side’s ICC Cricket World Cup clash with India.

Taylor enjoyed a productive spell with Notts at the start of the 2018 season, scoring 741 runs across all formats and notching one century and five half-centuries.

Three of those fifties came on Notts' home turf, and the 35-year-old is looking forward to the prospect of adding to his record on the ground tomorrow.

“I enjoyed my stint here at Notts,” said Taylor.

“Traditionally, Trent Bridge can favour the batters at times, but I'm sure that there will be a little bit there for the bowlers as well, especially as the pitch has been under the covers for a couple of days and hasn’t seen the sun.

“But first and foremost, it’s a great place to play cricket.”

Taylor wasn't required in the Black Caps' opening demolition of Sri Lanka, but scored 48 and 82 respectively in wins over Afghanistan and Bangladesh.

In both innings, he shared in significant stands with fellow right-hander Kane Williamson, but Taylor believes that the mix of right and left-handers in the kiwis’ batting line-up may give them an edge.

“A lot of these grounds in the UK have a short boundary to one side, and if you've got two right-handers or two left-handers, you can't exploit it as much,” said Taylor.

“It's traditionally a short boundary here. If that is the case, then hopefully we can exploit it with the right and left-handers, and the communication becomes very important to help you target those short boundaries.” 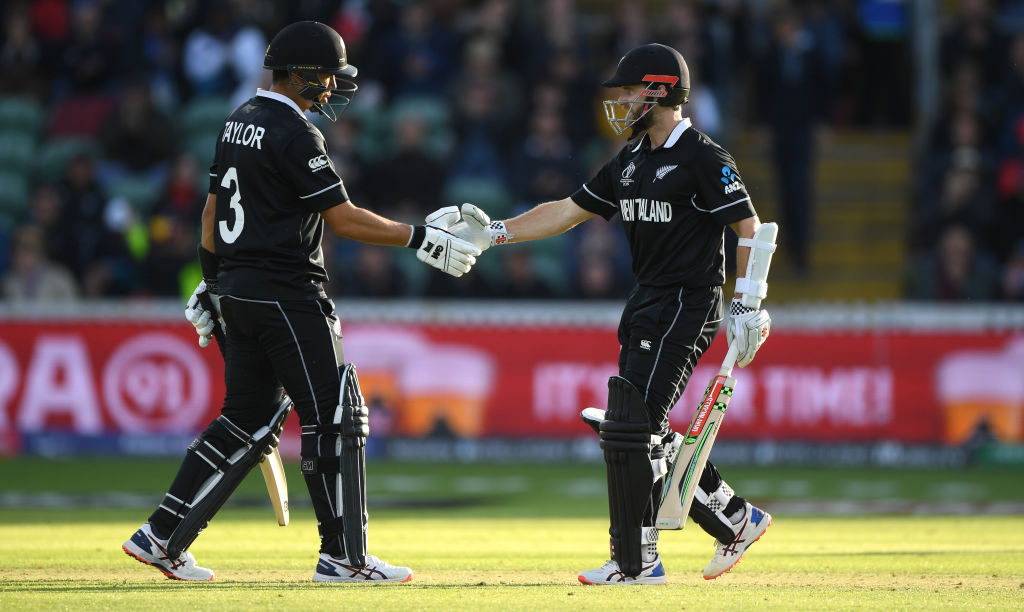 India’s batting line-up may not be blessed with the same complement of left-handers after Shikhar Dhawan’s thumb injury ruled him out of the game, but they posess a bowling attack which has already proved more than a match for Australia and South Africa.

The seam of Jasprit Bumrah and Bhuvneshwar Kumar took a starring role against Australia, while spinners Yuzvendra Chahal and Kuldeep Yadav came to the fore in the victory over the Proteas.

“They’re two world class spinners on their day, but we've had success against them at different stages,” said Taylor of Chahal and Yadav.

“Shorter boundaries can sometimes play in the minds of the spinner, almost making them a little bit more defensive, but I'm sure the team that adapts the best will probably get the right result.”

With 130 runs, Taylor currently sits just inside the top ten run-scorers in the competition, despite having only batted twice.

But despite the lure of making the most runs in the tournament, the Middlesex man's primary focus remains on helping his side be successful.

“Whatever your stats are at the end of the tournament, if you make the semi-finals, the finals or win the trophy, they become irrelevant, and that becomes the main focus,” he said.

“I’m pretty happy with how I’ve played. I had a big push for this World Cup, because I'm not getting any younger.

“There’s still some big games to go, so you can never get too carried away, but hopefully the confidence and the runs can continue for a bit longer.”

Grace, Gunn and a Gutsy Draw: 120 years since the first Trent Bridge Test

When the ICC Cricket World Cup Fanzone Came to Nottingham