Notts Outlaws will bid for their third win in the 2020 Vitality Blast when Leicestershire Foxes visit Trent Bridge on Friday 4 September.

You'll be able to enjoy the exploits of the Green and Golds with our multi-camera ball-tracking setup, while action replays, in-game statistics and live reaction will take you to the heart of  the action.

Plus expect expert analysis from inside the Notts dressing room.

Notts have named an unchanged 14-man squad for the clash. 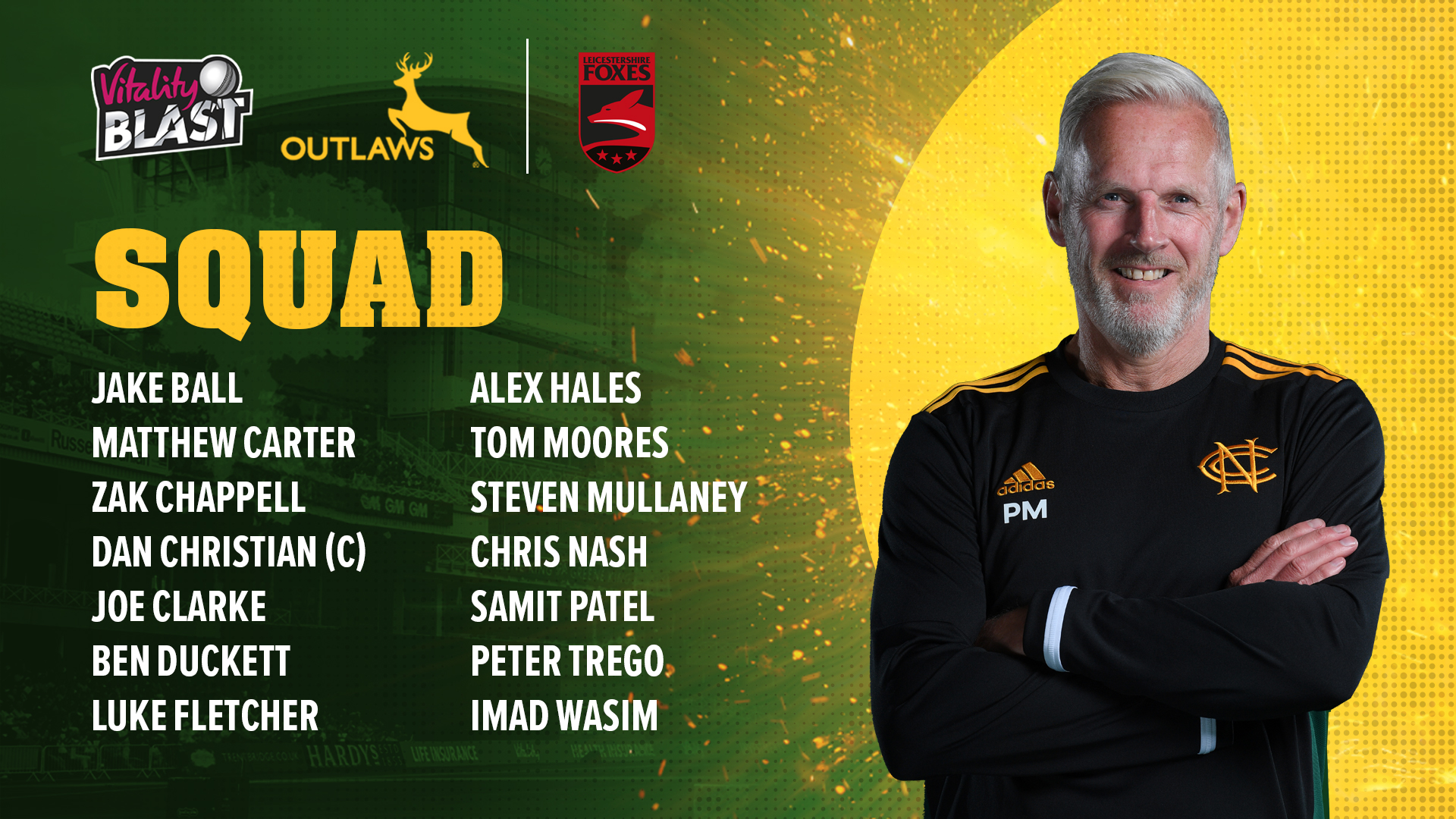 Play is due to begin at 6pm, with our live stream capturing the build-up from 5.45pm.

An hour and a quarter is allocated for the first innings, followed by a 15-minute break.

The run-chase is set to start at 7.30pm, with the game scheduled to conclude by 8.45pm.

There is a provision for an additional 30 minutes to make up for any time lost.

Six years on, the total amassed by Leicestershire at Trent Bridge in 2014 remains a record low team total in T20 matches involving Notts.

Set a target of 122 to win, powered by Samit Patel’s 36-ball 44, the Foxes were dismissed for just 90 inside 18.3 overs, with Luke Fletcher the star performer.

Fletcher began with a double-wicket maiden, luring Josh Cobb and future Outlaw Greg Smith into nibbling at deliveries outside off stump. Chris Read was in position to do the honours with the gloves.

After Niall O’Brien fell to Harry Gurney, Ned Eckersley was the first of three Leicestershire batsmen to fall victim to a run-out, a pinpoint throw from Steven Mullaney removing the bails.

New Zealand international Scott Styris was next to go, lbw to an exuberant Ajmal Shahzad, before Tom Wells holed out off Samit Patel.

Matthew Boyce hit 20 before he was run-out, embarking upon a second run only to find Ben Raine unmoved at the other end.

Jigar Naik’s departure to an athletic Mullaney caught-and-bowled made it 47/8, before confusion reigned around Ben Raine once more.

Former Outlaw Charlie Shreck, appearing in his final T20, completed a single off Mullaney, but Raine’s bat remained firmly in the crease at the non-striker’s end. Read completed the formalities 22 yards away.

Raine’s unbeaten 20 constituted something of a fightback, before Fletcher returned to complete the rout by castling Atif Sheikh.