GLENN EXPECTS THE HUNDRED TO INSPIRE A GENERATION

Sarah Glenn is excited about the opportunities The Hundred will open up for the women’s game – both for her generation and for those who come after her.

Glenn is one of the latest names to be confirmed as part of Trent Rockets women’s squad, who will play four fixtures at Trent Bridge this summer on double-header matchdays alongside the men’s team.

The leg-spinner may be just 21 years of age, but Glenn has already witnessed the ferocious pace of change in women’s cricket, and she feels The Hundred will only accelerate its progress.

“The fact that we’ll be getting the same opportunities as the men and will be aligned with them is going to give us some great exposure,” she said.

“It’s a great chance to keep elevating the women’s game and inspiring the next generation.

“When I was growing up there wasn’t as much exposure for women’s cricket, so I found myself looking up to a lot of male sporting idols at first.

“It’ll be really nice that girls in that position now will be able to look up to payers like us, and that we’ll be seen as ‘one team’ alongside the men.”

Glenn was part of the Loughborough Lightning squad that served up the first half of a T20 double-header at Trent Bridge in 2019, with 4,000 spectators looking on as Lightning recorded a seven-wicket victory. 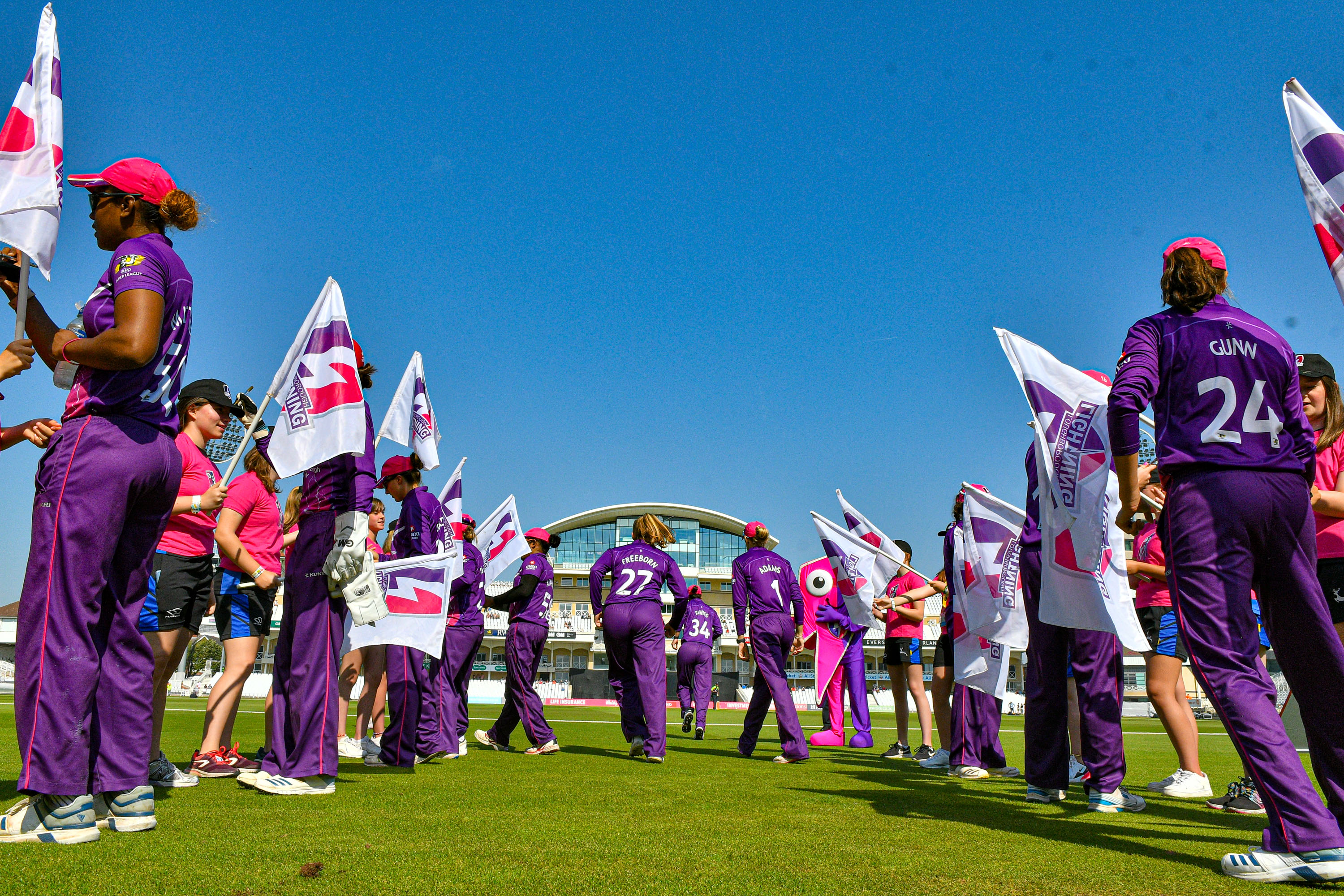 The Belper-born England international is hoping to rekindle those memories once more this summer, and believes the big-match atmosphere improves the spectacle on the field.

“Playing in front of a crowd like that really gets the adrenaline going,” she said.

“It always means something when you’re playing, but when you’re in front of a crowd you really want to show what you can do.

“It’s always exciting to be on the field during those double-headers, when you know there’s going to be a good crowd coming in.

“These games this summer will give us what we’ve always wanted, which is to play on front of big crowds more consistently.

“I know quite a few of my family and friends will be coming along too, so personally I’m really excited to be playing at Trent Bridge.”

Glenn’s signing was announced alongside a brace of Australia all-rounders, with Sophie Molineux and Annabel Sutherland also joining Salliann Beams’ side.

Having faced both in the recent edition of the WBBL, Glenn is all too aware of their game-changing abilities.

“I remember dreading bowling to Annabel in the Big Bash, so I’m buzzing that she’ll be on my team in The Hundred!” she said.

“She’s an all-round great cricketer, and so is Sophie.

“We’re building a really balanced side at the minute.”