Ben Slater has set his sights on a second red-ball victory of the season over his old employers Derbyshire as LV= Insurance County Championship action returns to Trent Bridge on Sunday.

A 13-man squad has been named for the fixture. 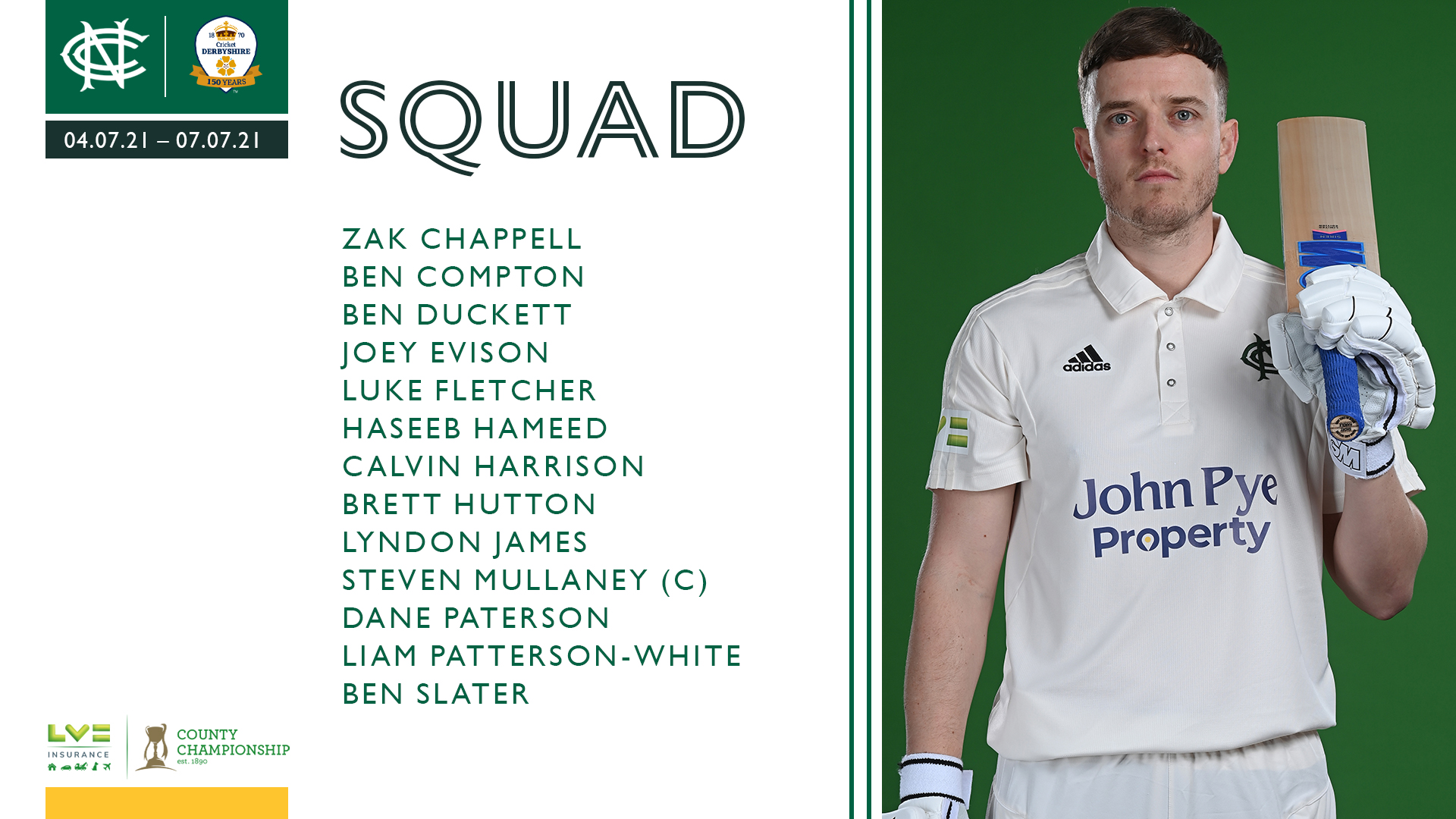 Slater made 59 First-Class appearances for the county of his birth before switching allegiances to the Green and Gold of Nottinghamshire.

“It’s mixed emotions playing against them!” the opener admitted.

“I got a pair against them when I was on loan at Leicestershire, then got a hundred earlier this season.

“It’s great to see a few familiar faces and friends, but the focus is on getting the win, to make sure we stay at the top of the group."

A month has passed since Notts’ last County Championship appearance - a draw at Chelmsford which left the Green and Golds in a strong position as the first stage of the competition draws to an end.

The top two teams in Group One will qualify for Division One. Notts currently sit third in the group, three points behind Essex in second with a game in hand over the southern outfit.

“We have played some good cricket in that first block and got three wins for our efforts,” Slater said, “the goal is now to kick on.”

“We got a good draw down in Essex in what can be a tricky fixture, so we can take confidence from that result”

For the 29-year-old, four weeks off from the intensity of red-ball cricket provided brief respite. But his preparation for Sunday's game took a surprise turn with a starring role in Notts Outlaws' T20 triumph over Leicestershire Foxes.

He is also hoping the success of the Outlaws’ start to the Vitality Blast campaign can be a boost ahead of the change of formats.

“It was nice after that Essex game to get a few days to relax.

“I played in a Second XI T20 game, went back to my club and then batted in the four-day game against Lancashire before getting the call-up to the Blast squad.

“Winning white-ball games certainly keeps the momentum going, but with our record in County Championship cricket last year, we came into the season with the goal of getting that hoodoo off our back, and we feel like that is something we have done.”

Nottinghamshire’s victory over Derbyshire at the start of June had been long-awaited, but came in resounding fashion, winning by 310 runs.

Slater believes the dominant performance can help the Green and Golds as they aim to complete the double.

“The way we performed against Derbyshire last time, winning by a big margin, can definitely be significant, and it will be in the back of their minds,” he said.

“It’s about doing the same things to give ourselves the best chance of success as we move forwards, and getting ourselves in a position to qualify.”