The Outlaws have named an unchanged squad ahead of the A52 derby and – having bounced back from a winless two matches at the beginning of the tournament with back-to-back victories on the road – Moores believes a strong identity and clear definition of roles have brought about the recent success. 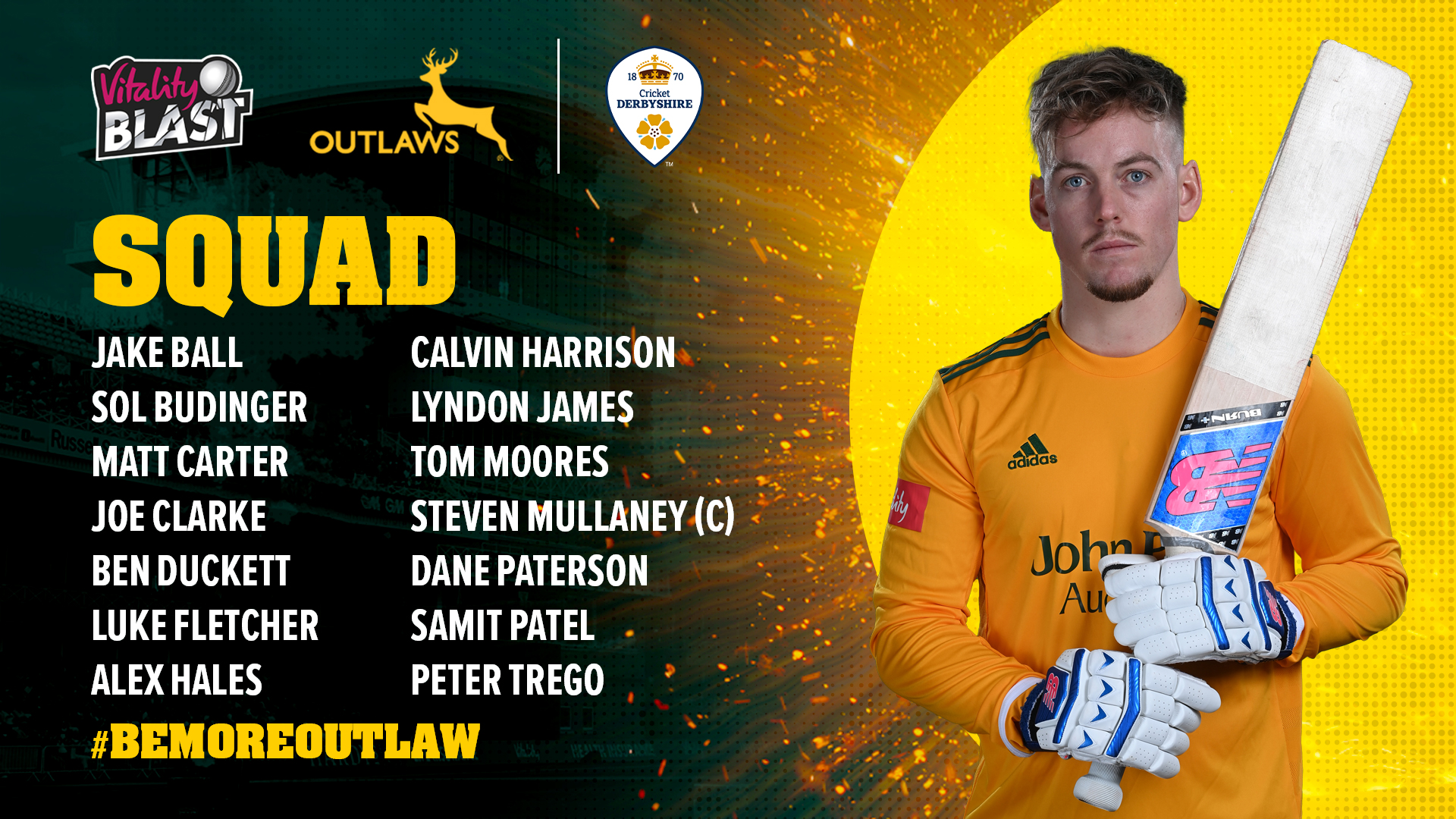 “It would be very easy when results go against you to change the way you go about things,” said the wicketkeeper-batsman.

“We stick by the mantra that we know our game and recognise our roles. We will stand by that because it has brought us success and served us well over the last few years.

“When we cross that line, everyone is clear on what they need to do, and the whole team backs each other to deliver.”

According to the 24-year-old, a difficult start to the Vitality Blast campaign has enabled Notts to identify areas for improvement, and their recent wins have shown a clear path of progress.

“This tournament isn’t won in the first few games,” he said.

“The hiccups at the start were not ideal, but they showed us the areas we needed to sharpen up on.

“Those wins have now given us some momentum and hopefully we can keep building on that.”

A mainstay in the Outlaws’ T20 side since 2017, Moores is intrigued by the combination of youth and experience within the current camp.

“It’s a really interesting balance in the dressing room,” he said.

“There are a few of us who have played around the world in franchise tournaments and we try to bring that experience as much as we can by offering new ideas and keeping us ahead of the curve as a team.

“Those who have played more games can also help the likes of Calvin Harrison who, to his credit, has taken to the challenge of first team cricket like a duck to water.

“He has bowled beautifully and soaked up pressure, bowling leg-spin at difficult periods of the game. I’ve seen some of the best in the world go the distance here at Trent Bridge, so that’s a marker of how well he has done.”

Moores is also excited at the prospect of playing in front of spectators at Trent Bridge once again, having fallen short against the Birmingham Bears in the first home outing.

The visitors come into the clash with a sole success against Leicestershire this campaign having lost to Birmingham and twice to Lancashire Lightning. Moores is opting to be wary of the wounded Falcon.

“Games against Derbyshire are always huge, especially in the T20 when the supporters are in,” Moores said.

“Even though it’s a limited crowd, they will be lively. It’s always a great atmosphere. It always feels full here, and the support is great.

“We know that they are a good side, but we have played well against them in the last few years and, on our own patch, we would like to put them under some pressure and come away with a positive result.”

SUBLIME HALES STEALS SHOW AS OUTLAWS WIN ON THE ROAD