Peter Moores says he has an overwhelming feeling of excitement as Notts Outlaws prepare to commence their defence of the Vitality Blast trophy against Worcestershire at New Road.

Dane Paterson and Calvin Harrison are included in an Outlaws’ Blast squad for the first time, with nine of the starting 11 from the final against Surrey in October also featuring in the 14. 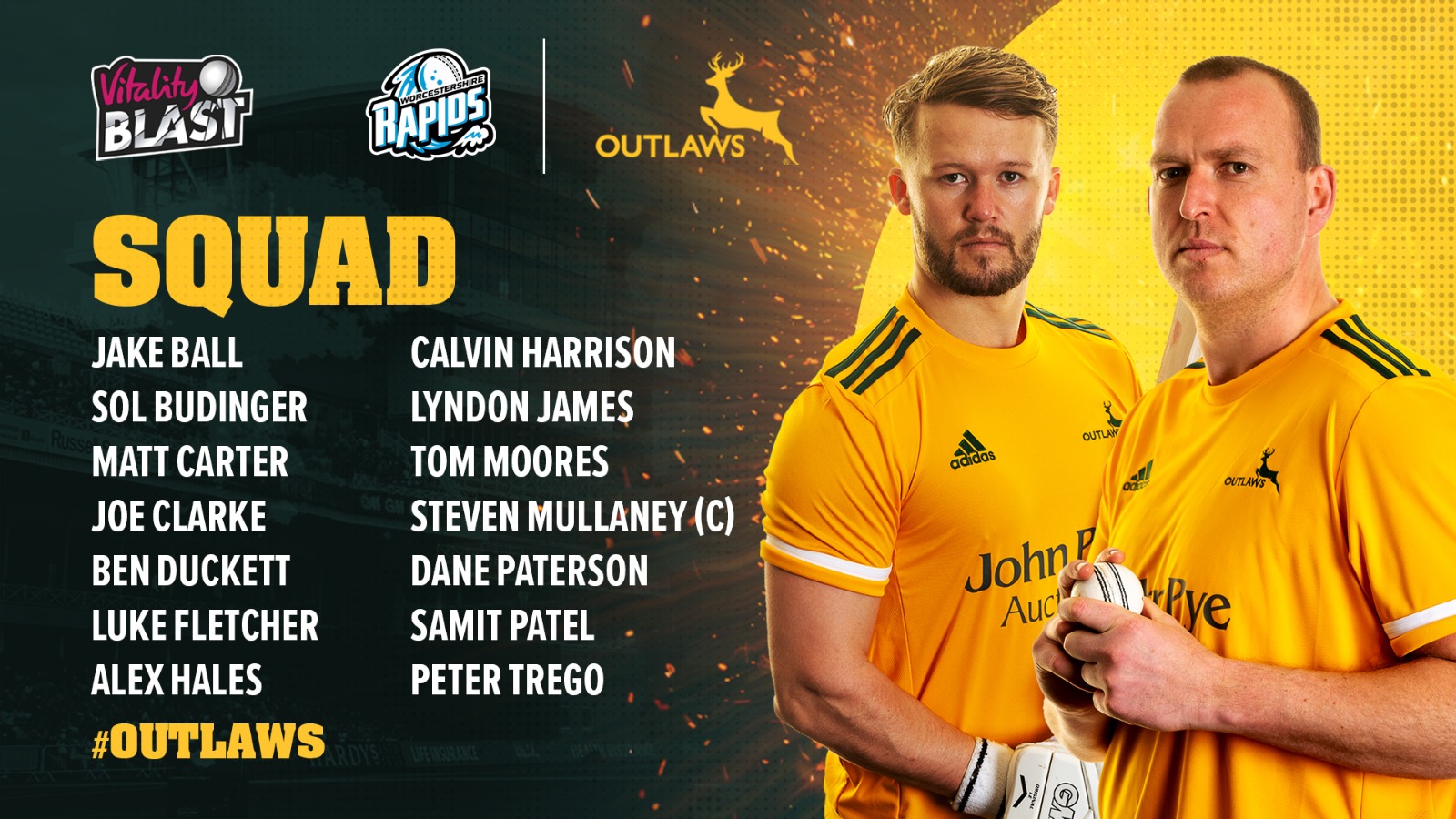 “We are all looking forward to starting the competition because it is a format in which we have done really well in the past few years and have reached the latter stages consistently,” said the Nottinghamshire Head Coach.

“It’s important to us to be a competitive T20 side and we have been very focussed on making sure we are ready this year.”

The squad features a plethora of experienced performers who have played a vital role in the Outlaws’ recent success, and Moores believes the vacant spots created by the absence of Dan Christian, Imad Wasim and Harry Gurney provide opportunities for new players to step in.

“There are multiple trophy winners in this side, which is exciting. They are used to winning and being successful,” he said.

“We have some young players who have a lot of T20 experience, but we also possess senior statesmen. It’s a great blend and a talented group who are hungry for more accolades.

“We will miss people like Dan Christian, who have been a hugely instrumental part of our T20 campaigns, but it will create an opportunity for others to enter the fray.

“Whoever comes into the team will have a lot of experience around them, senior heads who can help them settle down and play their best cricket.”

The opening fixture of this year’s Vitality Blast comes three days after the conclusion of a LV=Insurance County Championship block in which Notts have found success, and Moores believes that form will help the changeover to the white-ball format.

“A good handful of the T20 squad have been able to get a good build up because they don’t play red-ball cricket anymore.

“It is a quick turnaround for those who played in the Championship but we saw this last year as well, and players are finding that ability to transition quickly.

“We will go into this T20 Blast with a lot of confidence that we have taken from the red-ball performances. It might be a different format but we have played some good cricket and we want to back that up.”

Worcestershire, the 2018 champions and 2019 finalists who are expected to include Moeen Ali in their side on Wednesday evening, provide dangerous but surmountable opposition for the Outlaws according to Moores.

“Worcestershire are a very competitive white ball team,” he said. “They field well and they are at you all of the time, so I expect it to be really competitive.

“They look a strong side with a couple of strong overseas options as well, so we know we are in for a good battle but will be confident of getting over the line.”

With those glorious summer nights now just around the corner, secure your seats below.

ON THIS DAY IN 1921: BEN LILLEY'S FIRST-CLASS DEBUT