Steven Mullaney believes confidence remains high in the dressing room as Notts look to respond to their final-day disappointment at Edgbaston with success against Essex.

Nottinghamshire have made two changes to their squad which will travel to Chelmsford, Ben Compton replacing Haseeb Hameed who has been called up to the England squad for their Test against New Zealand, and spinner Matt Carter taking the place of Joey Evison. 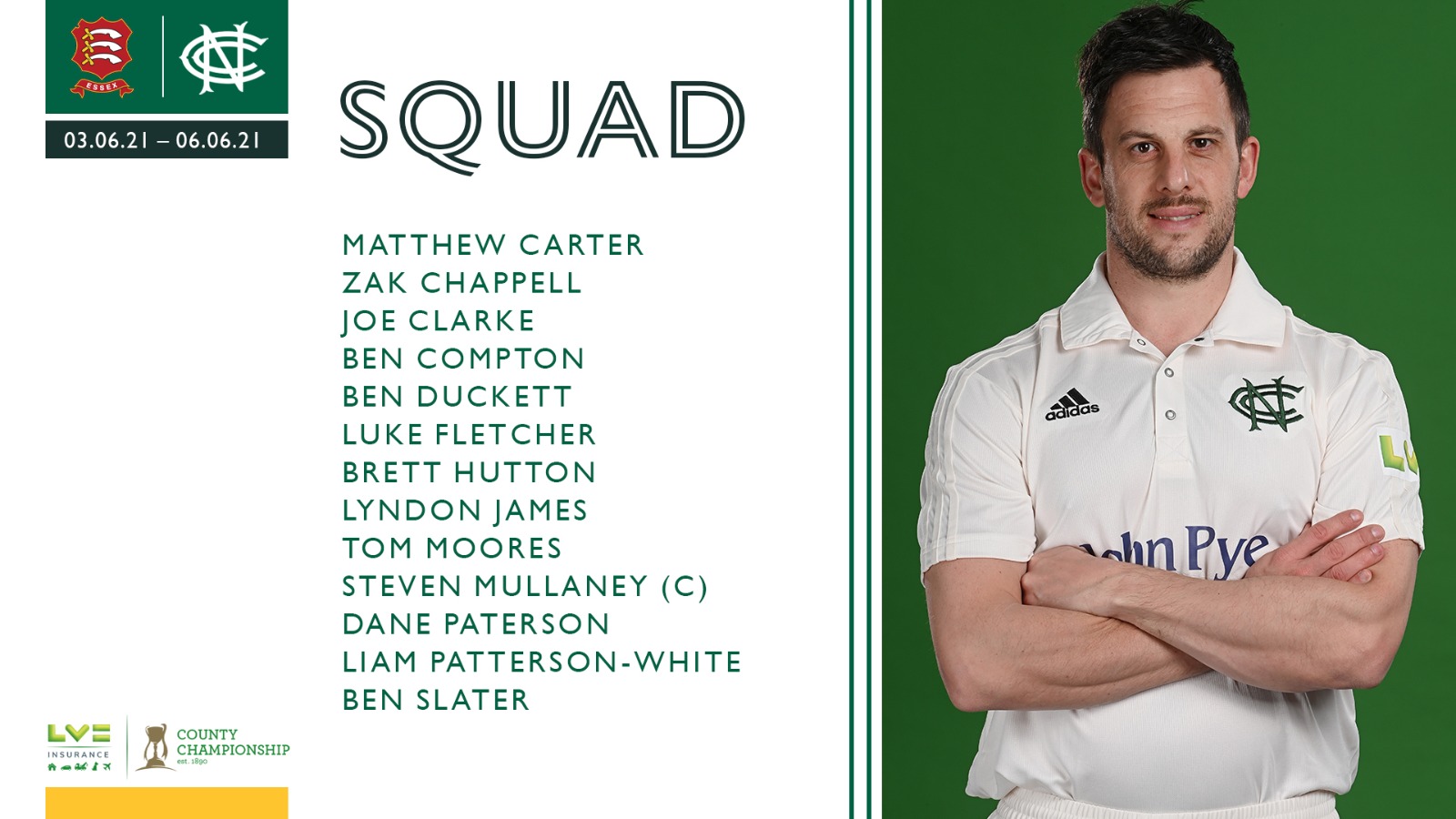 Having previously recorded three successive victories, Notts fell 170 runs short of a victory against Warwickshire, yet remain in second place in Group One, with a game in hand over top placed Essex.

The loss of cheap wickets at Edgbaston was a frustration for Mullaney, yet he remains steadfast in his commitment to playing an expressive brand of cricket.

“We were disappointed with the result against Warwickshire because we thought it was a good wicket, and we didn’t bat as well as we should have done as a top six on the last day”, the captain said.

“We were positive but let the game go, so came in for some fair criticism.

“That said, we don’t want to stop anybody playing their natural game because it has worked for them individually and as a team for three games before Warwickshire.”

In addition to the trio of wins, only Worcestershire have collected more batting points than Notts in Group 1  this year, while Durham and Essex have one more bowling point.

“The confidence is still high in camp”, said Mullaney.

“We are batting well and bowling well. I don’t see why we shouldn’t go into the game against Essex feeling confident, and that’s something we need to reinforce to the players. We are in a good position.”

Essex away marks the eighth match of the season for Nottinghamshire, and the final one before attention turns to the Vitality Blast.

Presently the Green and Golds have one clear focus, though, namely a result against the Bob Willis Trophy holders.

While Notts will be buoyed by their resounding win against this week’s opposition at Trent Bridge less than a month ago, Mullaney is aware of their potency.

“We are all confident that we can do well against Essex, particularly after the result against them last time, but this is a different game at a different venue so we need be at our best”, he said.

“Chelmsford is a good cricket wicket, they have got three or four seamers who have done well there recently, as well as Simon Harmer.

“I’m sure it will spin eventually, but hopefully we can play as well as we did at Trent Bridge and put them under some pressure.”

With every ball broadcast live, plus rolling scorecard and highlights, Trent Bridge Live is your perfect matchday companion.