South Africa international Dane Paterson has become the latest addition to the Nottinghamshire bowling ranks, after agreeing a deal to represent the Green and Golds as an overseas player.

Paterson arrives with a wealth of experience from the South African domestic setup, and having claimed international honours in recent seasons.

Ahead of his bow at our historic home, trentbridge.co.uk took a look at the key numbers behind Paterson’s career.

His eight appearances in the format to date include a four-wicket haul against England in 2017, with Jos Buttler, Sam Billings, Liam Livingstone and David Willey all removed by the right-armer.

Paterson’s most recent IT20 appearance, against Zimbabwe, ended with the seamer receiving the man-of-the-match award after claiming figures of 2-22.

Both of Paterson’s Tests have come against England, with Ben Stokes and Joe Denly amongst his victims, while his ODI appearances against Bangladesh and Pakistan have garnered four wickets.

Since making his professional debut 12 years ago, Paterson has established himself as a consistent threat with both the red and white ball.

His 355 First-Class scalps have arrived at an average of 24.16, and have included 13 five-wicket hauls.

His record in the limited-overs arena, meanwhile, is equally impressive, with 115 List A wickets and 91 T20 victims. 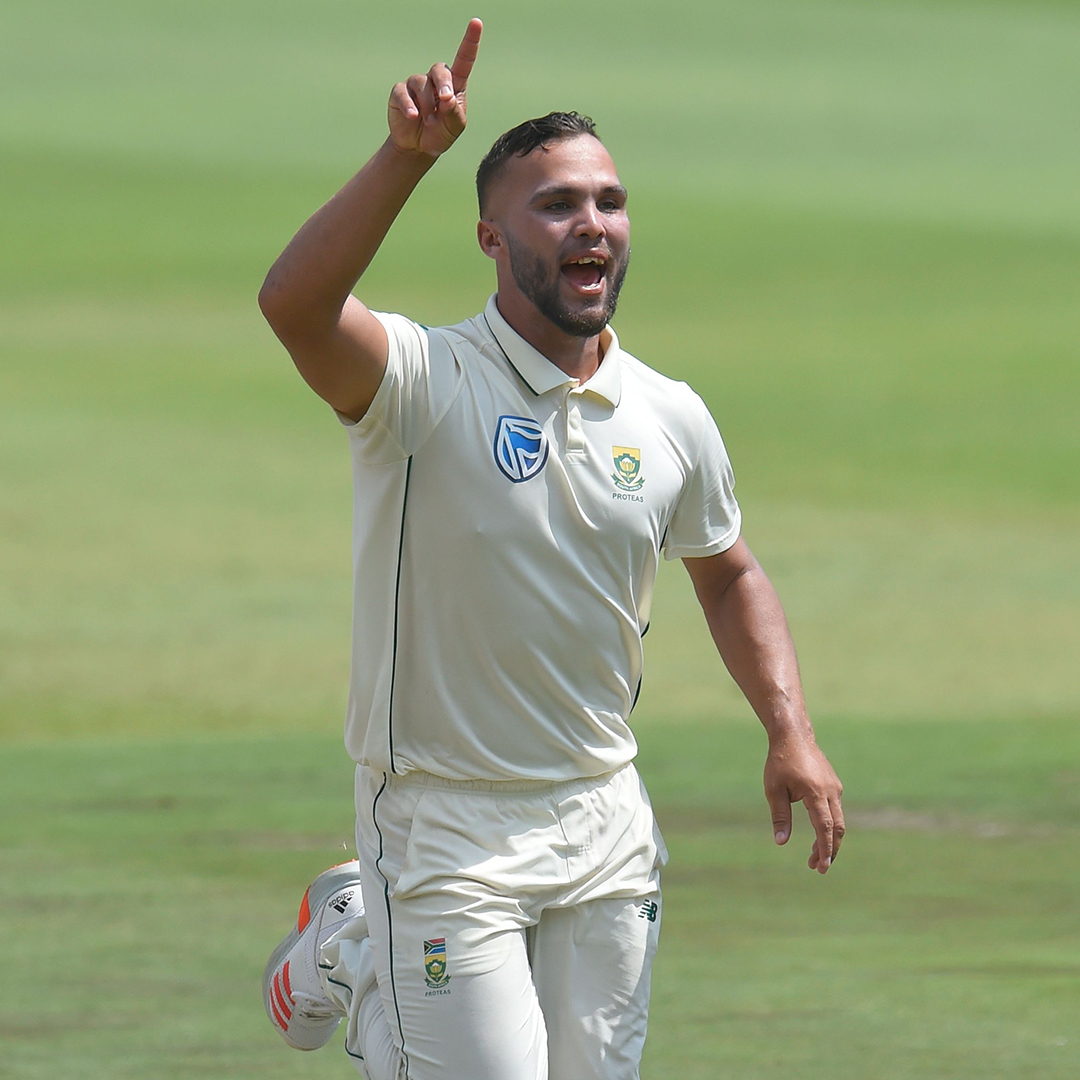 Paterson’s career-best figures with the red-ball were secured in 2013 with eventual title-winners Western Province.

The fixture was the first of three to date in which Paterson has claimed a seven-wicket haul, with the right-armer taking 7-27 against Hampshire with South Africa A in 2017 and snaffling 7-91 for Cape Cobras in South Africa’s 2019/20 four-day competition.

In total, the seamer has taken fourteen five-wicket hauls in his professional career.

Renowned for his skills at the death, Paterson’s white-ball statistics are characterised by miserly economy rates.

But going at a little over a run a ball in T20 cricket has not dented his wicket-taking abilities, exemplified by a strike-rate of 19.6.

Paterson’s List A economy rate, meanwhile, sits at 5.12 from his 83 appearances in the format.