Lyndon James feels he is progressing towards genuine all-rounder status after a fruitful winter of work across all three aspects of the game.

The Academy graduate, who impressed in his most recent first-team appearance against Leicestershire in the Bob Willis Trophy, has enjoyed a varied diet of pre-season training so far, and is already feeling the benefits.

“I want to be labelled as a genuine all-rounder in terms of my batting, bowling and fielding, and I think I’m getting towards that,” he said.

“Having had such a short season last year, it was nice to get back into training before Christmas with a full summer to look forward to – and with more one-to-one time than usual, it’s been great to spend an hour or two at a time with one specific coach.

“For me, having that extended contact time to work with Pete (Moores) on my batting has been massive, and I think I’ve really benefitted from that.”

Even when away from Trent Bridge or Lady Bay, James’ social media feeds are frequently alight with his latest fitness exploits – with his efforts placing him towards the top of Notts’ pre-season tests.

“Having some extended time to work with Pete on my batting has been massive, and I think I’ve really benefitted from that.”

“I’m lucky in that fitness has always been a passion for me – as cliché as that sounds,” he explained.

“I’ve been really into it over the last five years or so, and a lot of us are quite competitive with it.

“There’s a good spirit in the group with lads wanting to run faster or bike further than each other. I know from speaking to some of the more experienced guys that it’s not always been like that, but cricket has changed in that respect, and fitness levels now are really high.”

James is one of ten members of the current Nottinghamshire squad to have progressed through the county’s player pathway, having made his bow in the setup at the age of ten.

Now 22, he feels his time in the Academy and as Second XI skipper was the ideal preparation for his ascent into the senior squad. 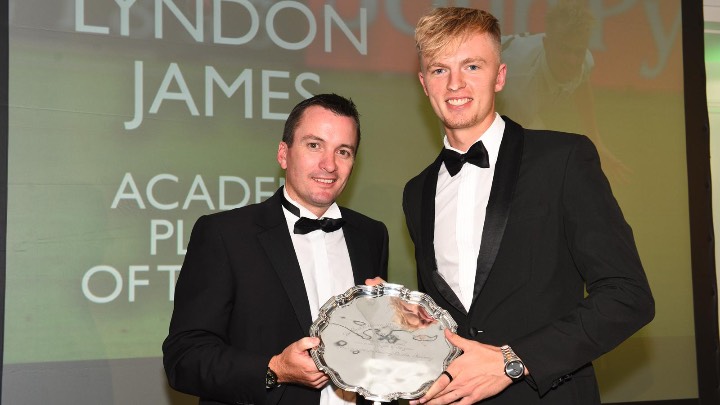 “Once you get into the Academy, it’s all about exposing yourself to as high a level of cricket as possible,” he said.

“That might be in the second team playing against some First-Class cricketers, or it might be on pre-season tours. I was lucky enough to go to Sri Lanka and India on tour, and those opportunities were brilliant for me.

“I remember coming in to train with the pros during school holidays when I was 16 or 17, and you got such a good insight into what professional cricket looked like.

“There’s no doubt that massively helped me.”

That strong core of players nurtured in Nottinghamshire has helped to foster a strong team spirit in the home dressing room – and there is one fellow graduate James is eager to take to the field alongside.

“To have played so much Academy and second-team cricket with a lot of the lads helps massively, both on the field and socially.

“The person I’ve known the longest is probably Patto (Liam Patterson-White) – we’ve played together since we were in the under 10s, and we’ve appeared in every team together apart from the first team.

“To play together for Notts in the senior side would be really cool.”

LISTEN: BALL AND BUDINGER'S DISPATCHES FROM DOWN UNDER IN THE TALK OF TRENT BRIDGE PODCAST