Onto one of the contenders for busiest months of the cricket calendar, July.

The end of the T20 & Championship group stages, the start of the Royal London Cup and the welcoming of England back to Trent Bridge provide telling footnotes from the seventh month on the calendar.

First, it was over to that man Samit Patel yet again as another local rival was sent packing from Trent Bridge without a point to show for their efforts.

After restricting the Leicestershire Foxes to 154 all out, the experienced all-rounder struck his second half-century of the summer as a 99-run partnership with Ben Slater, himself on T20 debut for the Outlaws, gave the hosts victory with 2.1 overs to spare. 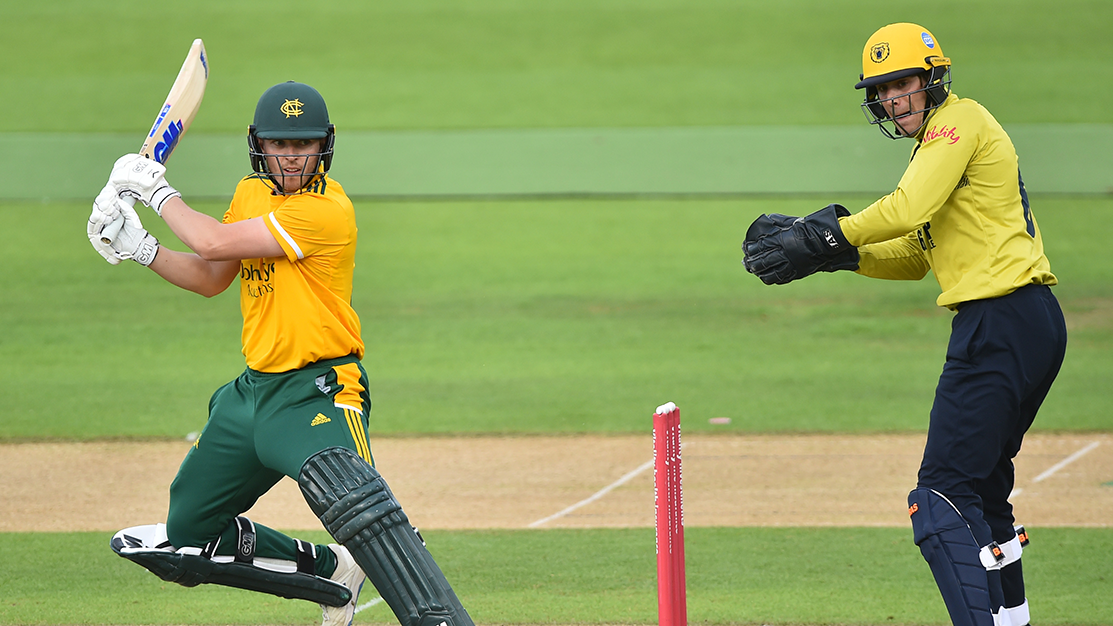 The Green and Golds had hit their stride in T20 cricket and two further standout performances, one from a well-known figurehead and another from a rising star, handed the Bears a trouncing on their own patch.

Set 178 to win, the Welbeck Wizard, Jake Ball, scythed his way through to the hosts’ top order on his way to T20-best figures of 4-11.

Calvin Harrison, the young leg-spinner of pre-season century fame, then bamboozled a quartet of Bears batsmen himself on his way to figures of 4-17.

After a steady start to life in yellow, Harrison had sprung into action, his four wickets versus Birmingham just a day after three against the Foxes.

Ultimately, the Outlaws returned up the M42 with the further two points, the Bears all out for 63. 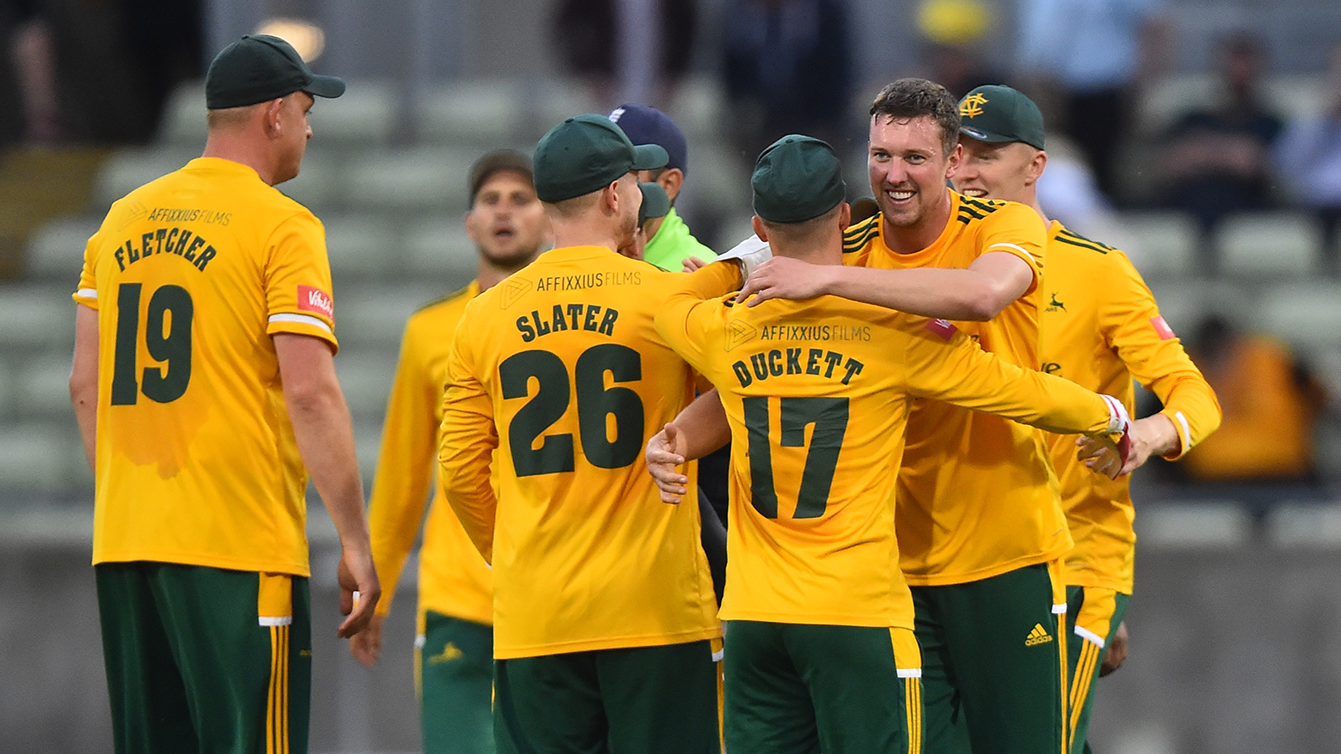 Such are the vagaraties of the cricket schedule, time then came to put down the white ball and don clothing of the same colour for the visit of Derbyshire.

The titanic trio of Luke Fletcher, Brett Hutton and Dane Paterson picked up from where they left off a month earlier with the visitors all out for 149.

In reply, a score of 307 would soon be confirmed as enough to secure a third innings victory in nine matches.

A crucial 93 runs were shared between Ben Duckett (69) and Dane Schadendorf (24) as the free-scoring left-hander left the match after two days to join up with England.

Duckett himself had been deputising for Tom Moores behind the stumps, absent due to Covid protocols, with Schadendorf making his First-Class debut in somewhat bizarre circumstances. 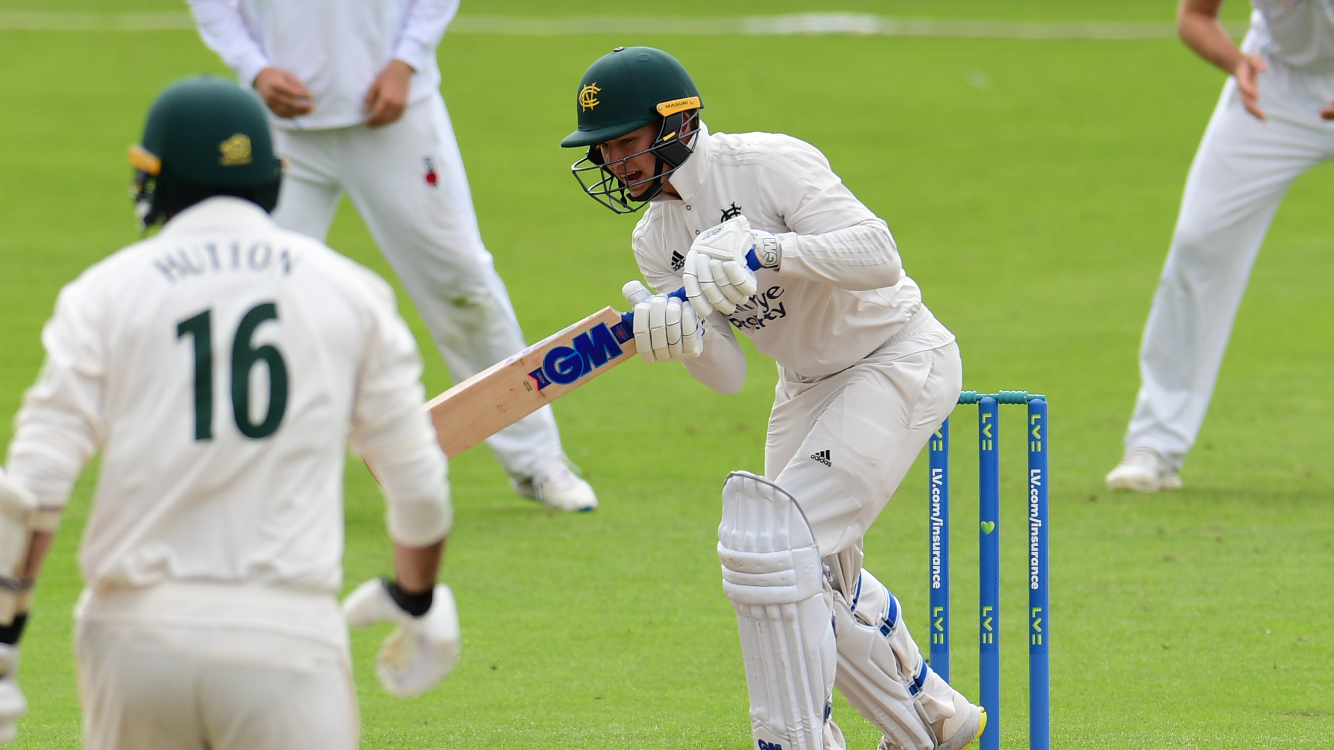 Not that any of this changed Fletcher’s plans however, his 5-28 in the second innings steamrolling Notts to the top of the Group One.

A rain-reduced T20 affair versus Yorkshire Vikings would follow with Peter Trego and Alex Hales chasing the required 61 runs in just 3.4 overs.

Those who braved the weather will forever be able to say they witnessed Trego in full flow for one final time before the 40-year-old bowed out of the professional game at the end of the 2021 summer.

The games kept coming thick and fast and, with the red-ball brains firmly affixed, Notts travelled to the North East for a final Group One fixture against Durham.

The visitors were once again the team on top, a first innings 328 marshalled brilliantly by Liam Patterson-White (73) before Joey Evison outshone Stuart Broad with his first five-wicket haul at senior level. 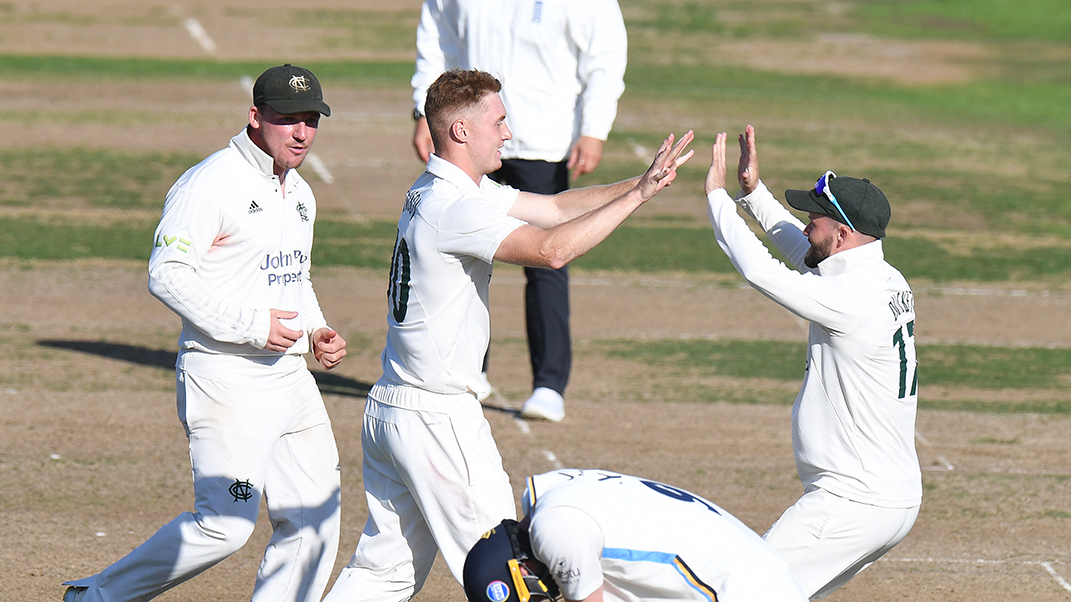 A draw would be enough to secure top spot in the Group One and earn a place in Division One for the final four rounds in September.

A narrow loss at the hands of Leicestershire Foxes, whilst a packed Trent Bridge played host to Liam Livingstone’s finest hour, couldn’t derail the Outlaws’ push for double qualification in July.

Duckett’s unbeaten 74 and skipper Steven Mullaney’s 17-ball 43* propelled the Outlaws to 221-4, a total Durham never looked like touching when Harrison added a further four victims to his burgeoning tally. 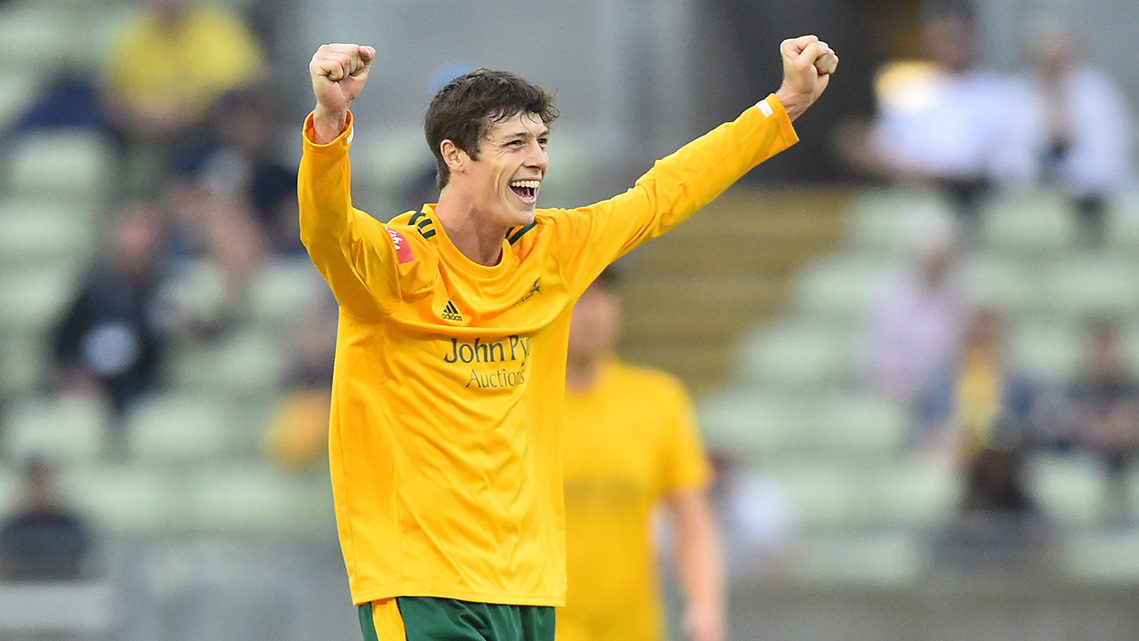 Joe Clarke, meanwhile, became the third inductee into the hall of Nottinghamshire capped players prior to the match, presented on the pitch before the final group stage encounter.

As players descended on The Hundred, Notts began their Royal London Cup journey with a host of fresh faces and an historic first final at Trent Bridge the prize at stake.

However, it was two experienced heads who secured the perfect start, Haseeb Hameed notching a 92-ball ton and Lyndon James a maiden List A five-wicket haul as Warwickshire were dispatched at Edgbaston.

Surrey got the best of a rain-affected encounter in which the Nottinghamshire faithful got their first glimpse of Matthew Montgomery, before the inclement conditions put paid to any hope of a result three days later in Welbeck.

The Outlaws were left to navigate the rest of Royal London Cup without skipper Hameed, the 24-year-old’s superb 2021 form landing him a recall to the England Test side.

That story can wait for August, though, the July rollercoaster enough of a ride.