PLUCK OF THE IRISH: ENGLAND HUMBLED AS RECORDS TUMBLE

With Ireland making their first ever visit to Trent Bridge for a One Day International in 2020, trentbridge.co.uk looks back at an historic chapter in the emerald isle's sporting history.

Over the last dozen summers, Ireland have become accustomed to reaching major landmarks in their development as a cricketing nation.

First victory in the Cricket World Cup, check – in dramatic fashion against Pakistan a year later.

First Test match, check – with Pakistan again the opponents in 2018.

But their triumph over England in the 2011 Cricket World Cup was not only a landmark for the emerald isle, it broke new ground for the sport.

This was an England side at full strength, and in full flow.

Andrew Strauss’ side’s top order was packed with experience and guile, and it showed as they set an imposing total.

If Ireland were to pull this off, it would be the highest successful run-chase in World Cup history, and by some margin. 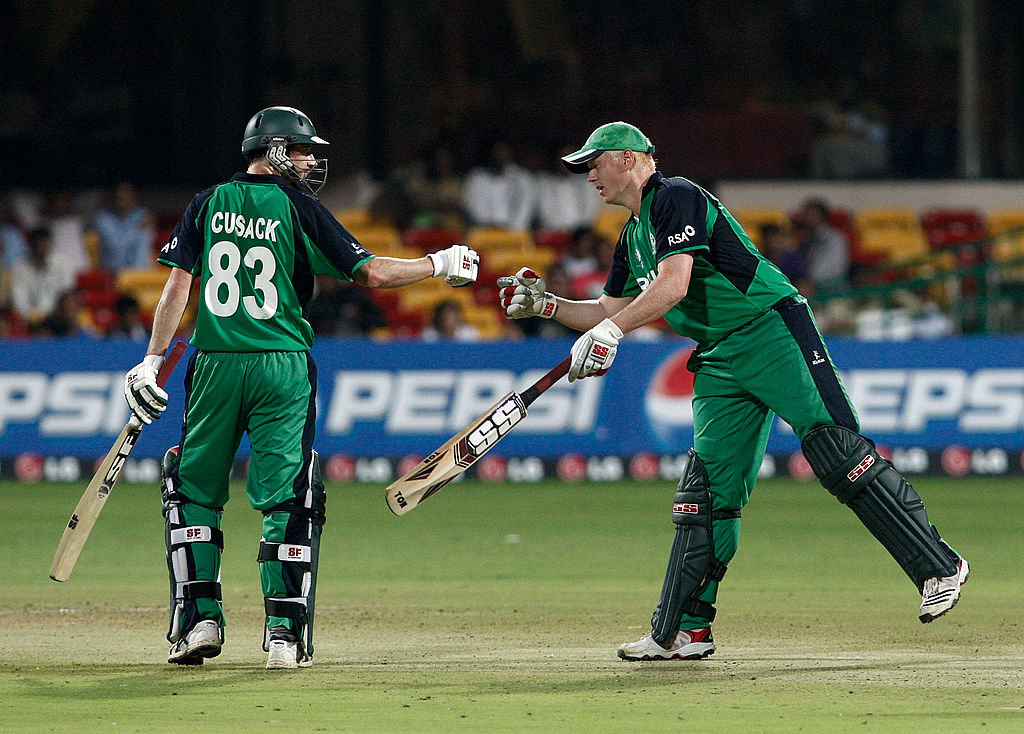 When William Porterfield was bowled first ball, the chances of an upset appeared remote.

By the time Kevin O’Brien entered the contest at 106-4, damage limitation appeared to be the order of the day.

But O’Brien was having none of it, hitting Nottinghamshire’s Graeme Swann over midwicket for a pair of sixes, and helping his side bludgeon 62 runs from the five-over batting powerplay.

Records began to tumble. After a scare in the 90s when Strauss shelled a catch on the boundary edge, a tuck through the leg-side brought up O’Brien’s 50-ball hundred – sixteen deliveries quicker than Matthew Hayden’s World Cup record knock.

He would go on to make 113 from 63 balls, with each of his 13 fours and six sixes reverberating from Bangalore to Belfast.

And with five balls to spare, John Mooney hit James Anderson through midwicket for four to complete an unprecedented performance against the old enemy.

It was O’Brien’s day and an all-Irish triumph which once again showed the guts and skill of the men in green.

DAN CHRISTIAN: THE BEST CAPTAIN I PLAYED UNDER