Joey Evison is targeting World Cup success as he makes final preparations for the ICC’s Under 19s tournament in South Africa.

The 18-year-old, who signed his first professional deal with Nottinghamshire last year, is part of a 15-man squad for the competition, which begins on 17 January.

England’s four-team group also includes Australia, West Indies and Nigeria, and Evison is not allowing himself to look further ahead than qualification for the knockout stages.

“We’re definitely here to win it – I think you’ve got to go into a tournament like this wanting to win – but the first priority has to be getting out of the group stage,” he said.

“The depth in our squad means we can play to our strengths in each game, and we’ve had some time to adapt to the conditions of South Africa.

“The pitches are quite a contrast to Antigua, where I played at the back end of last year, so it’s been good to get some overs into my legs and adapt my game to these sorts of wickets.”

England’s World Cup gets underway on Monday 20 January against West Indies in Kimberley.

The men in maroon have been familiar opponents for their English counterparts in recent months – something Evison feels will stand the young lions in good stead.

“We played them three times in a tri-series last year, beat them twice and lost to them once,” said Evison.

“They’ve got a pretty good top order, they’re quite aggressive batters, and these conditions will probably suit their kind of batting – but we’re fully aware of that as we prepare.

“We feel we’re very confident going into that first game.” 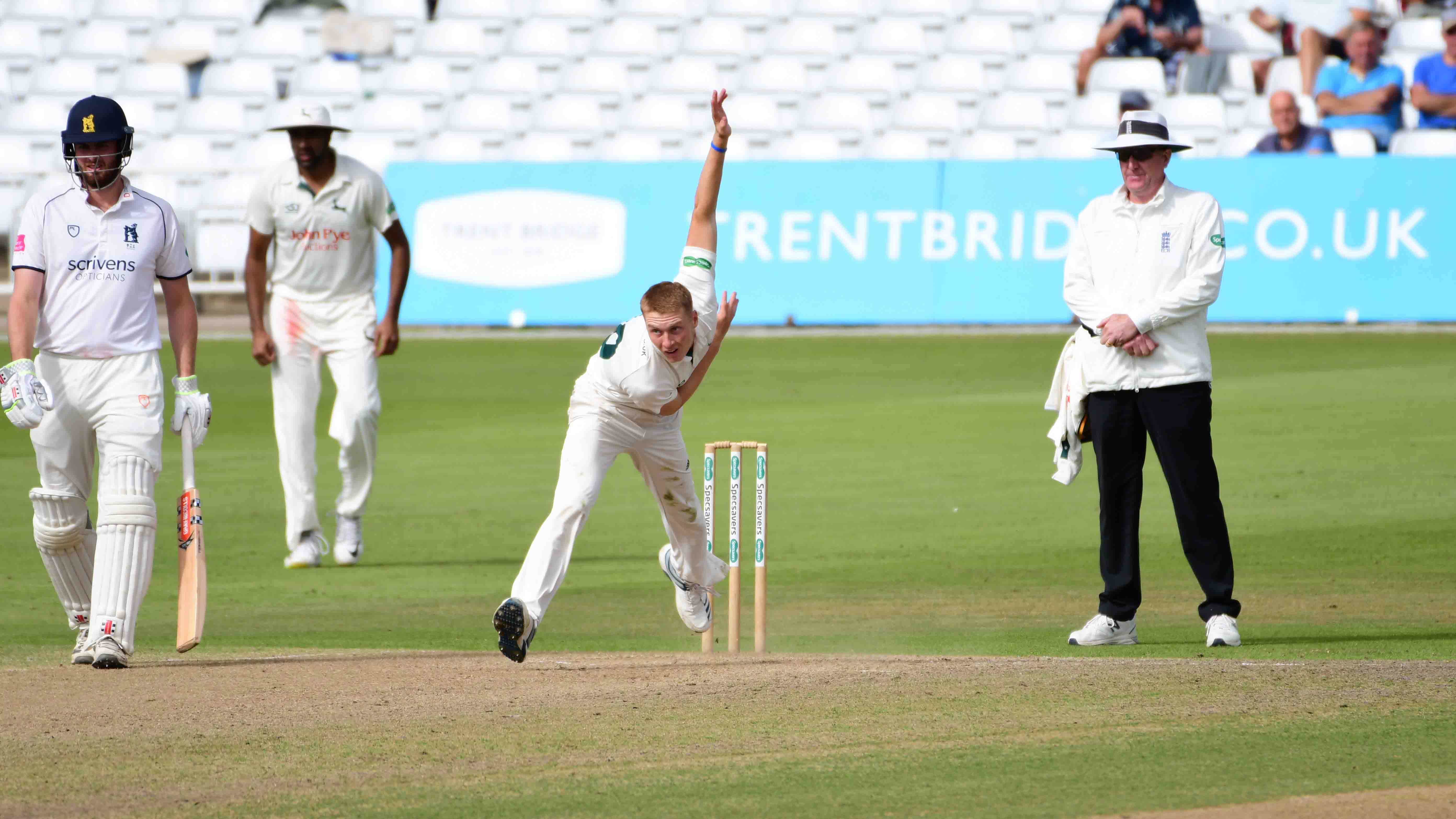 Evison was at the crease as England completed a five-wicket win over West Indies in that tri-series, having earlier taken 1-11 from four overs.

The tri-series in December was just the latest international recognition for the all-rounder, who was also included in the U19s setup for games against India and Bangladesh in July, and represented the Midlands in the ECB’s Young Lions Super 4s in August.

Evison’s England experiences preceded his first-class debut for Notts in September, in which the right-hander hit an impressive 45 in his first innings at senior level.

The Academy graduate felt that his time with the national side prepared him well for the rigours of county cricket.

“It’s given me a lot of confidence that I’m recognised as one of the best in the country at this age group,” he said.

“Being with England gave me a boost when I came back into the Notts dressing room, which helped me to try and put some useful contributions in with bat and ball.”