Dane Paterson has relished the opportunity to pass on his knowledge and experience during the course of the Royal London Cup, with the group stages coming to a close against Northamptonshire at Grantham on Tuesday (11am).

A 14-man squad has been named for the fixture, with Ben Compton replacing Lyndon James. 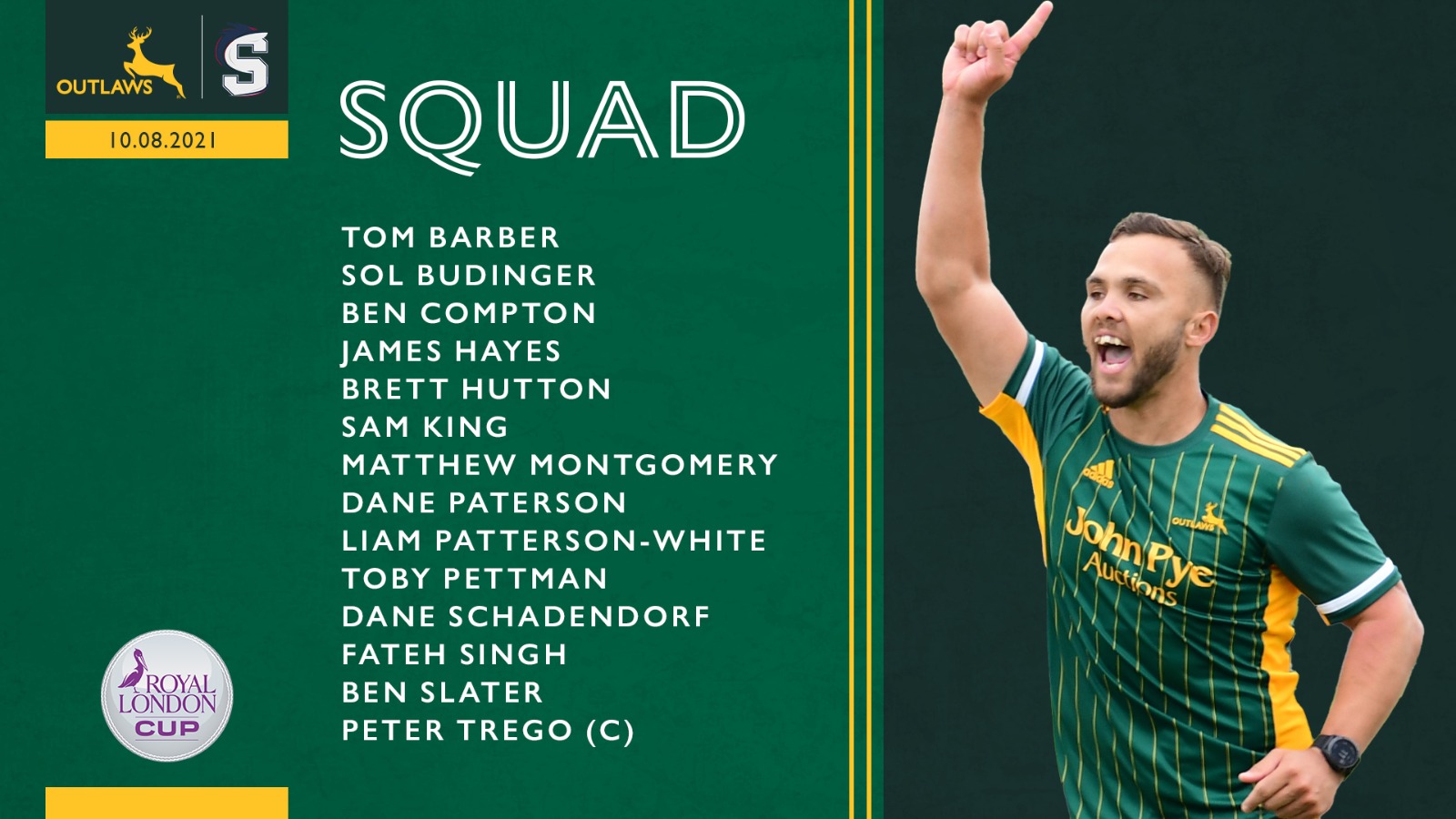 Paterson's role in the 50-over side was mapped out from the outset, and it is one he has taken to keenly.

“Mooresy [Peter Moores, Head Coach] spoke to me before the tournament and said I will be a senior figure in the team, and that I will need to help the younger guys,” he said.

“I have enjoyed that because I am at the point in my career where I can pass on advice, and the young players have been good at coming to ask me things too.

“At 18 or 19 years old, you can give them advice because their minds think a lot. At that age, you're almost so keen to learn that you forget about the fun elements, like learning new skills and playing around.

“As I played more cricket, I learned to enjoy it more, and I have tried to instil that attitude, to help players enjoy development and the pressure moments.”

It has been just over two weeks since the Outlaws began their Royal London Cup campaign - one which has proven to be heavily affected by the unseasonable conditions.

Only one of the Green and Golds' seven scheduled fixtures thus far has seen the full allocation of overs bowled. The shortened game has also added a challenging element for Paterson, particularly in the field.

“This competition has been so quick,” he said.

"It has been good fun, but the rain has followed us, so the whole tournament has felt stop/start.

“We have played shortened versions of the game, and you have to approach it as a T20 when there are only 23 overs a side, for example, but we have been caught short occasionally.

“The challenge comes in when we can only have four men out in the powerplays, you don’t normally get that in T20. We have had to adapt, and we haven’t played that perfect game yet.”

The South African has, meanwhile, taken to the experience of outground cricket, albeit admitting that it has posed some challenges as a bowler.

The clash against Northamptonshire represents the final outground fixture of the season for Notts, who must win and rely on results elsewhere to qualify for the quarter-final.

“The club grounds are very nice here, but the boundary sizes are so small!” he laughed.

“I have been going for sixes with half hits. At the end of the day, you can’t get too upset, you have just got to take it on the chin. That is the mindset I had going into playing at outgrounds. I have enjoyed playing there though, the facilities are good and it's a good experience.

“It is important to focus on ourselves on Tuesday. Then we can take the pressure off; whatever happens, happens. We have been unlucky with the weather, but tomorrow we have got to go and have fun.

"It is an important game for us as a squad.”

WATCH: AN ALTERNATIVE LOOK AT THE TEST