The Royal London Cup has returned to the domestic calendar, and the knockout stages are a matter of days away.

Somerset are the defending champions after they defeated Hampshire at Lord’s in 2019, with Trent Bridge set to host the showpiece decider in August this year.

Read on to discover more about the upcoming quarter-final and semi-final fixtures, as the competition enters its final phase.

What is the format this summer?

The 18 First-Class counties have been randomly drawn into two groups of nine teams.

Each county is playing eight group-stage matches – four at home and four away – with the top three counties in each group progressing to the knockout stages.

The format for the knockout stages is:

The winners of the semi-final progress to the Royal London Cup final at Trent Bridge on 19 August. 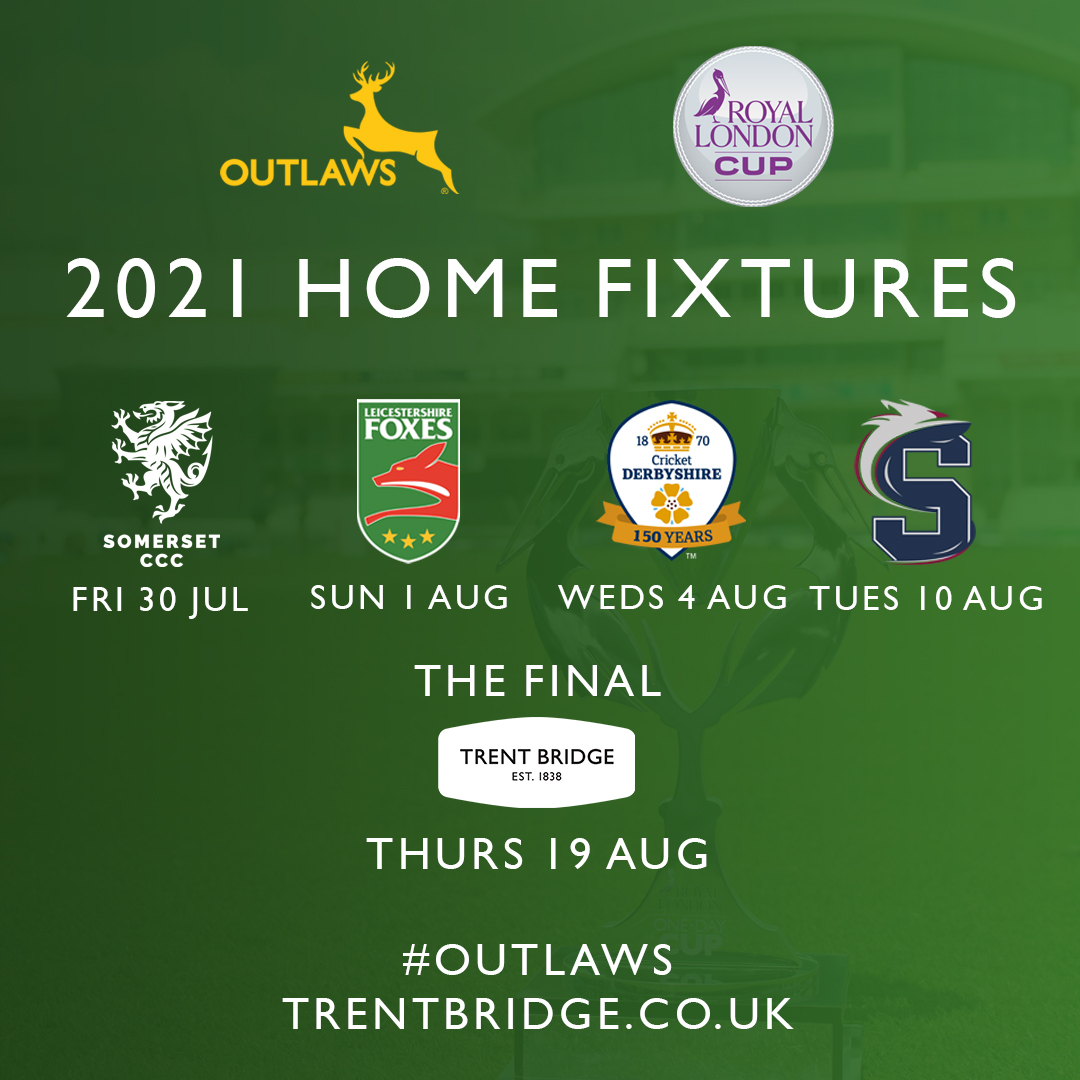 The groups for the Royal London Cup were randomly drawn. The order that they were drawn appears in the above list and has determined the home and away ties.

Tickets for the Outlaws' final group-stage fixture, against Northamptonshire Steelbacks at Grantham on Tuesday 10 August, are available here.

Tickets for the Royal London Cup Final at Trent Bridge are on sale here.