If you asked me on Wednesday how I felt about my return to bowling, the reply may not have been a positive one.

It has been a week of marked progression, from my first couple of sessions back with ball in hand, where I was just walking through my action, to Wednesday when I progressed to a jump and gather. It felt very unnatural and I was a bit worried.

Thankfully, though, the consistency of bowling has brought the rhythm back. I finished the week jogging through the action, and I feel much more confident with it. I’m able to feel the difference from my first session last Friday, and I can see it in the videos.

I usually bowl five overs at a session, at various intensities. It can feel like a slow return sometimes but I have full faith in Shiney as a coach who has worked with so many bowlers through injuries. He explained that when I first bent my back into a flex position last week, my body was telling me that the last time I did this, it hurt and caused an injury, so now it is about unlocking that movement and getting my timing back.

His advice and feedback is invaluable with all the experience he has got. He tells me how it is, too, which is what I need. I would find it hard to progress if I was being told things just to keep myself happy, and, because he is straight with me, I can take praise at face value knowing it is genuine. 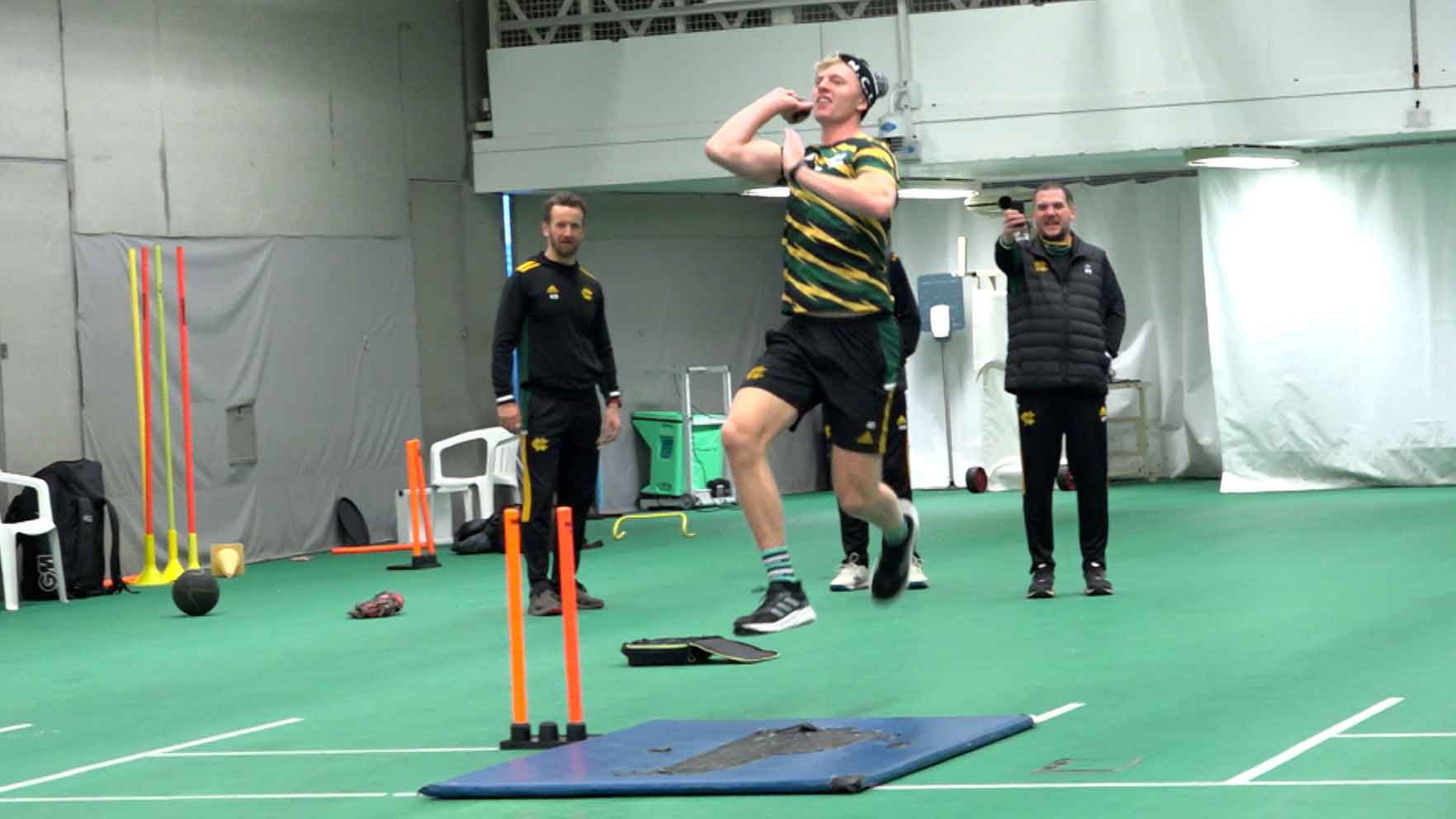 Because we are focusing on movement, there is no emphasis on speed or skill. We’ve got so much time, though, and, with how it has come out over the last couple of days I am confident that if I keep progressing like that, I will be in a good position in the new year to start honing in on the specifics.

When I’m in the middle, I try to keep it really simple - I concentrate on watching the ball. There is, of course, context to games. Against Lancashire at Trent Bridge, for instance, they were bowling really well, but they were a bowler down and me and Tom Moores knew that if we got through the evening session they would come back shattered the next day, we could cash in.

"I could tell you exactly where most of my runs were scored in the summer, and pre-season is about finding a balance between sharpening those strengths and developing new shots in other areas."

It is difficult to fully replicate that kind of situation in the nets, but you try to apply as many realistic scenarios as possible when you are facing the bowlers. For example, when I faced Calvin on Friday, I asked him what his field was so I have got a vague idea and plan of attack, then you can have a bit of a chat with them if they think certain shots have beaten the man.

It boils down to the fact that, as Pete says, you bat to score runs. It’s about knowing your strengths and weaknesses. I could tell you exactly where most of my runs were scored in the summer, and pre-season is about finding a balance between sharpening those strengths and developing new shots in other areas.

I’m quite lucky in that a lot of our players are free scoring, so I could just go about my business and there was no pressure on me to score in a certain way last year, but expanding the shots I have available to me gives me an extra dimension. 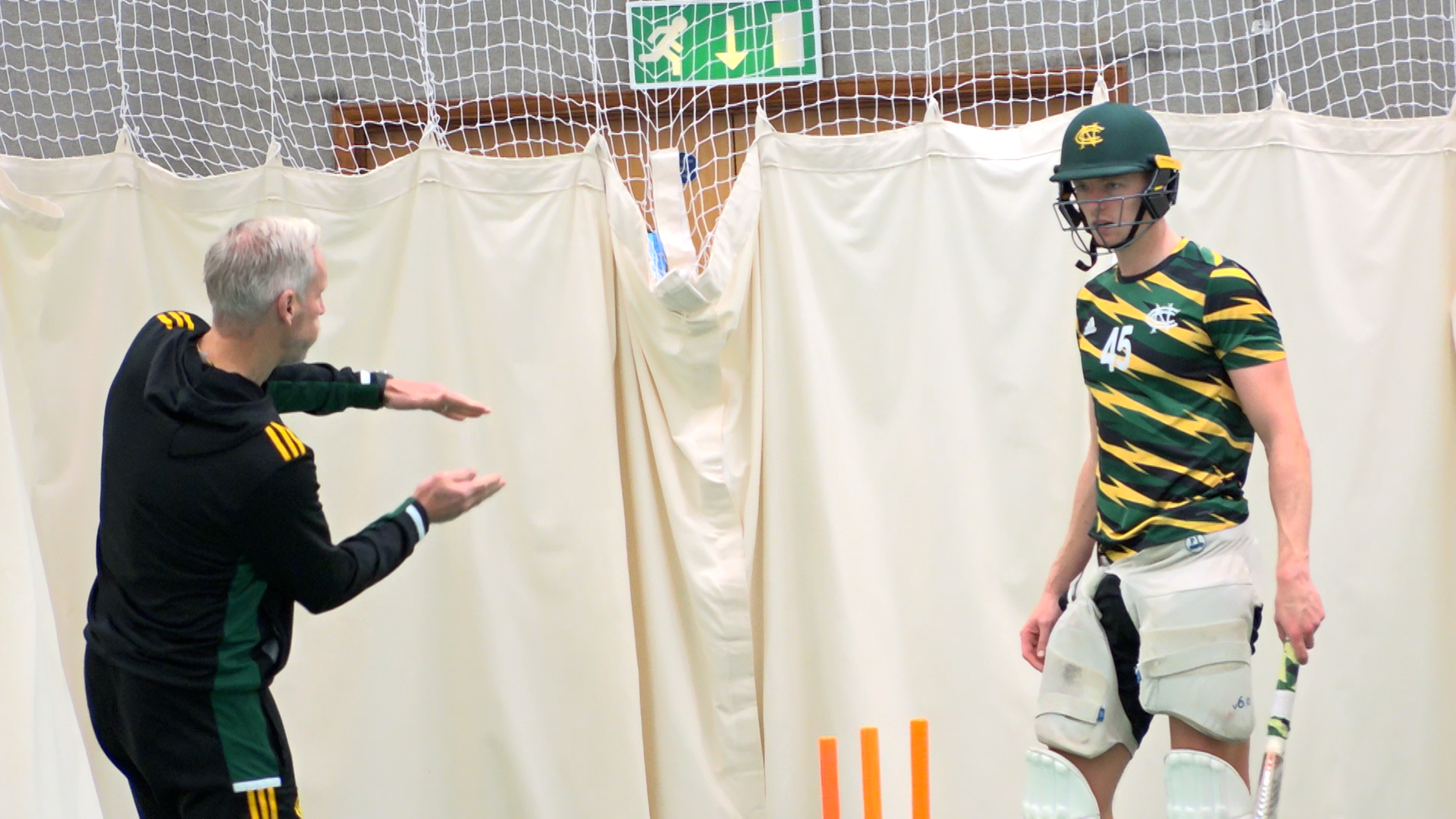 This week I’ve been working on cutting against the coaches’ flicks. It can be a tough phase when you progress to playing those new shots against bowlers, because you might nick off and get frustrated, but you can revert back to your basics, and what you know works for you.

With consistency, you can build that confidence, and you can take those developments out into the tent in the new year, and, later, into the middle during games.

Naturally you do talk to other players about how their pre-season is progressing, and you get glimpses of everyone on the various days we’re in.

"You have got to make sure that information is not just tokenistic, and you have to be honest with each other, but it helps both of us to develop."

Calvin has been working really hard, bowling every day. I really enjoy chatting to him because he asks a lot of questions. I was practicing the pull shot in front of square on Monday and he was quizizing me about it, and we are able to share information from each other’s perspectives.

You have got to make sure that information is not just tokenistic, and you have to be honest with each other, but it helps both of us to develop.

That sharing of tricks and tips happens across disciplines. We had fielding practice on Thursday, and Sol and Ben Slater were explaining how they get their body in a position to throw off balance. You want to be a bit of a sieve, taking on board various approaches, seeing what works and getting rid of the stuff that doesn’t.

It was fun to face James Hayes and Sammy King in the nets this week, too.

When I first saw Hayesy at the start of last season, I thought he had the potential to bowl at a decent pace. He is quite skiddy, and will get quicker working with Shiney. He naturally swings the ball a lot and he is going to get fitter and stronger and more robust. He bowled at 82mph in Loughborough this week, which was quicker than anyone else. It’s his first pre-season as a professional, and it’ll be exciting to see how he can grow.

It’s good to see Kingy come through, too, because I’ve known him from when he was young and watched him grow and develop. He reminds me of myself, in that he was more of a batter, then realised he was a tall lad with a good build for bowling.

I can see the work Shiney is doing with him is working. I’ve got a phrase called ‘glide, hang, bang’ when I bowl, which stimulates my rhythm and helps me commit to bowling. It is something that Kingy has adopted, and he has probably put on 5mph without trying, and naturally gets good bounce anyway.

It’s great to face all the bowlers. I faced a wealth of experience in Zak and Brett last week, and Hayesy and Kingy are different from them. Ultimately, they are all good players who want to get me out, and setting those high standards bode well.

Next week marks the final days of training before a Christmas break; it is crazy how quickly the last month has gone. We’ll all work hard in those final few days to earn that rest. We are hoping for a game of football on Thursday instead of conditioning, though. It’s a bit like the last week of school when you want the teacher to put a film on - we’ll ask Pricey but I don’t think it’ll be that easy.