James Taylor, the former Nottinghamshire batsman, has been awarded an Honorary Doctorate by Nottingham Trent University.

Taylor, whose premature retirement in 2016 prompted an outpouring of emotion from across cricket, collected his award on Friday.

Affectionately nicknamed ‘Titch’ due to his diminutive height, the 29-year-old played 60 first-class matches for Nottinghamshire between 2012 and 2015.

He scored seven centuries, including a highest score of 291 against Sussex in 2015, and averaged 42. 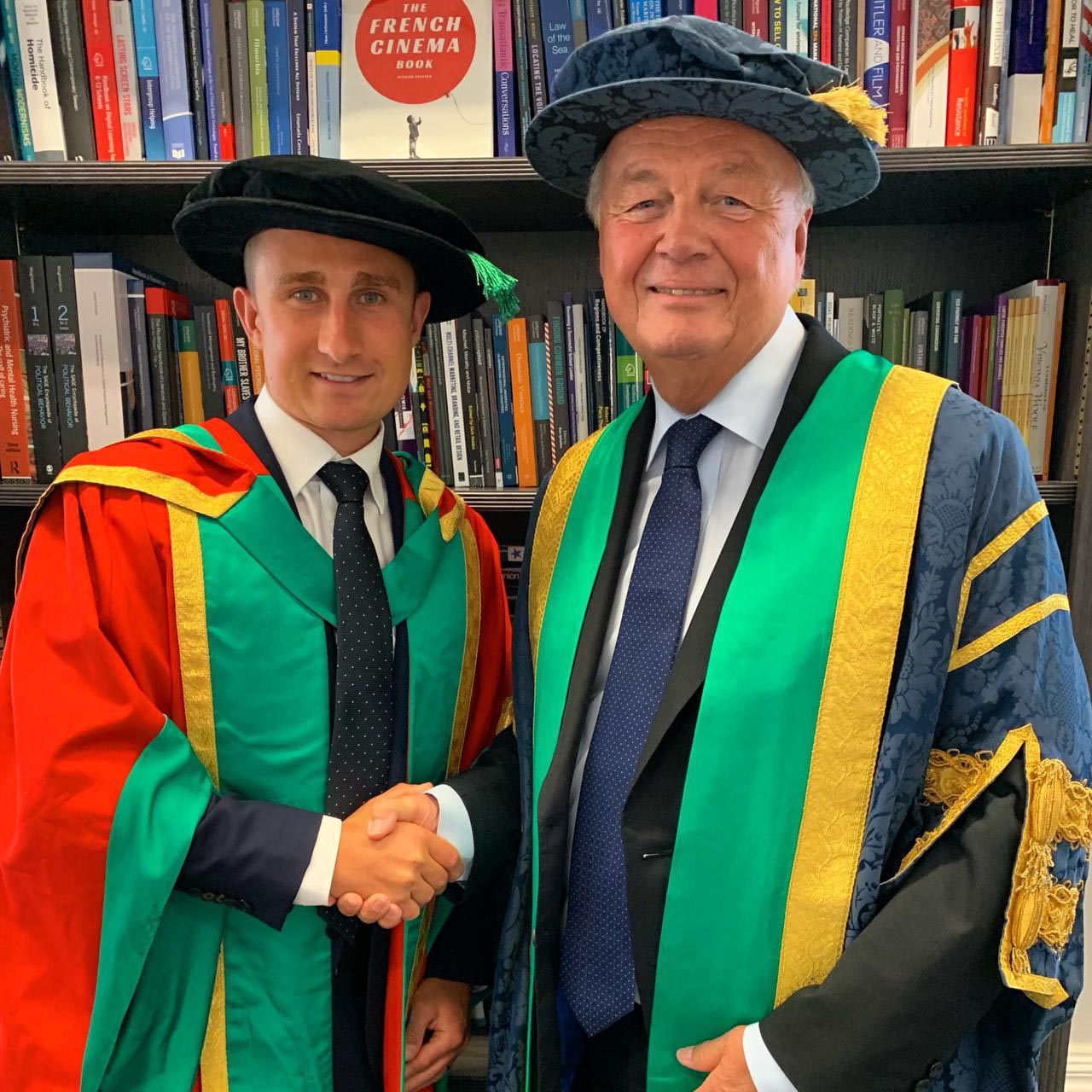 Facing the white-ball, Taylor forged a reputation as a match-winner, a champion run-chaser and an ice-cool finisher.

He averaged a monumental 73 in one-day cricket for the Outlaws – and captained the side to Lord’s glory in 2013.

Taylor’s brilliance in an Outlaws jersey saw him capped 34 times by his country.

The former batsman currently works for the England & Wales Cricket Board as a National Selector – meaning that, although not on the field as he imagined, Taylor can rightly consider himself a World Cup winner.

His bravery, tenacity and resourcefulness in fighting back against the genetic heart condition that cost his career and almost took his life, is inspiring, moving and remarkable.

Congratulations to James from everybody at Trent Bridge.

Hales fifty in vain as Rapids are victorious at Trent Bridge