Following last summer’s shortened Vitality Blast the competition returns to a 14-match group stage competition this summer, with the counties split into North and South groups.

Notts Outlaws will bid to defend the title they won at Edgbaston last October when they defeated Surrey by six wickets.

When will the Vitality Blast start?

This summer’s Vitality Blast will begin on Wednesday 9 June. Champions Notts Outlaws start their title defence on the opening night away to 2018 winners Worcestershire Rapids at New Road in front of the Sky Sports cameras.

What is the format?

The Vitality Blast returns to a 14-match group-stage format with the First-Class Counties split into traditional North and South Groups.

Each county will therefore play seven matches at home, and seven matches away, with the top four counties in each group progressing to the quarter-finals.

The four winners of the quarter finals (to be played between 24 and 27 August) will progress to Finals Day at Edgbaston on 18 September.

All knockout matches will have a reserve day should that be required. 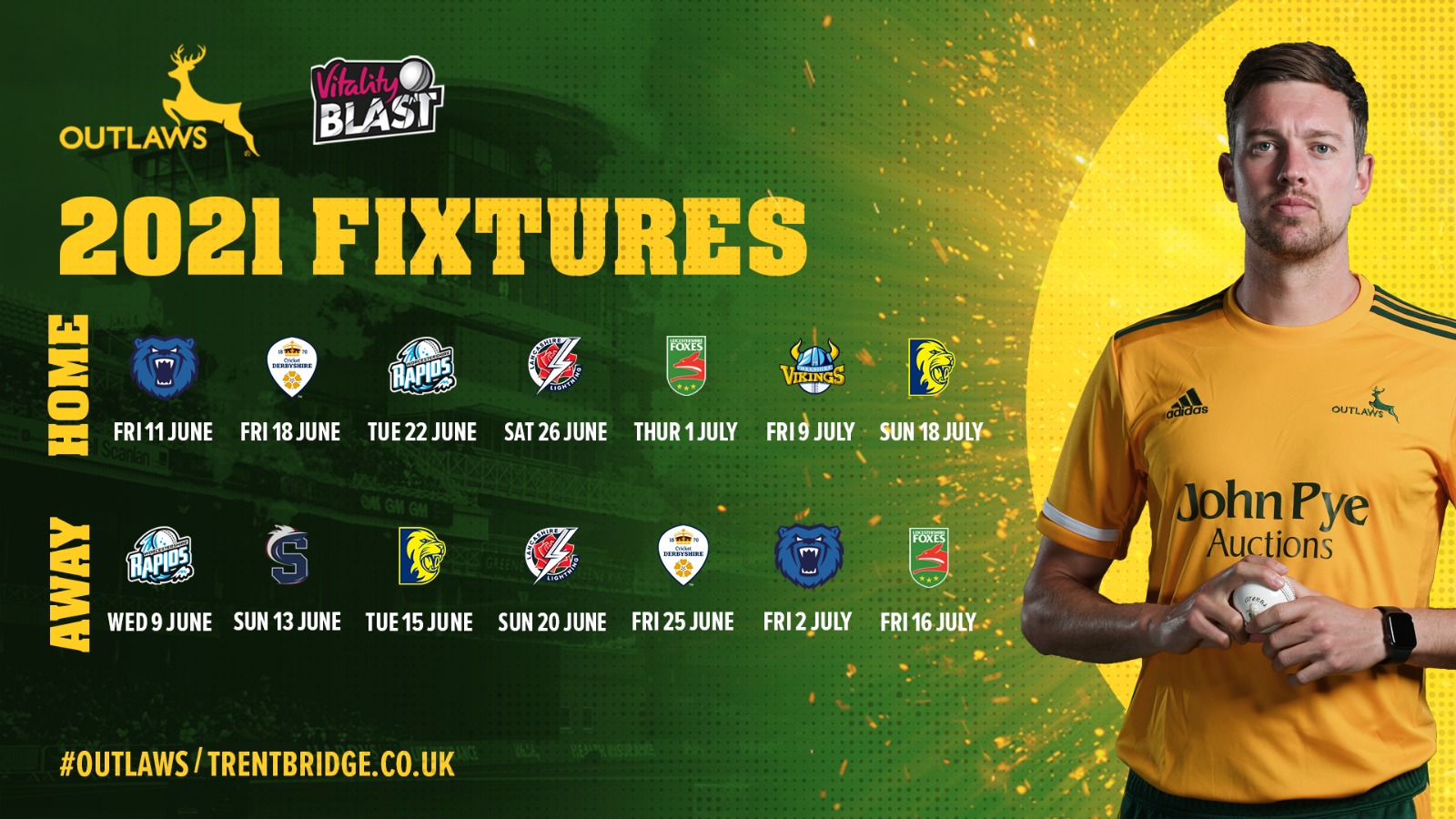 To be entitled to entry for each of Notts’ scheduled home fixtures in all formats, along with a host of additional perks, purchase a Nottinghamshire membership here.

Outlaws Season Tickets also are on sale now, which entitle you to seats at Trent Bridge across seven home matches in the Vitality Blast, as well as free entry to Welbeck, Grantham and Derbyshire's Incora County Ground for Notts' matches during the group stages of the 50-over Royal London Cup. Secure your Season Ticket here.

Tickets for individual fixtures will go on sale from Monday 1 March. To keep up to date with the latest ticketing information, sign up to our mailing list here.

When is Finals Day and how do I buy a ticket?

Finals Day will be staged at Edgbaston on Saturday 18 September.

The day is already a sell out after ticket holders from last summer, who were unable to attend due to COVID-19 restrictions, were given the option to roll their tickets over to this year.