As the calendar switched to August the Outlaws took centre stage.

The red-ball game hit pause until early September, unless your cricketing interests drew you to the opening Test of the flagship series of the summer, England v India at Trent Bridge.

A youthful Green and Gold outfit, albeit able to call on the experience of Luke Fletcher, Brett Hutton and Dane Paterson to name a few, dispatched Leicestershire at the picturesque outpost of Welbeck.

The trio combined to take all ten Foxes wickets for just 144, a total that would be chased down with a minimum of fuss and in double quick time.

However, despite being in the midst of summer, the inclement conditions wreaked havoc with the Outlaws’ plans in the coming matches.

A rain-reduced affair in Derby saw the Green and Golds downed by 41 runs before a brace of seventies from the blades of Ben Slater and Sol Budinger proved fruitless as the weather put an end to the Yorkshire contest. 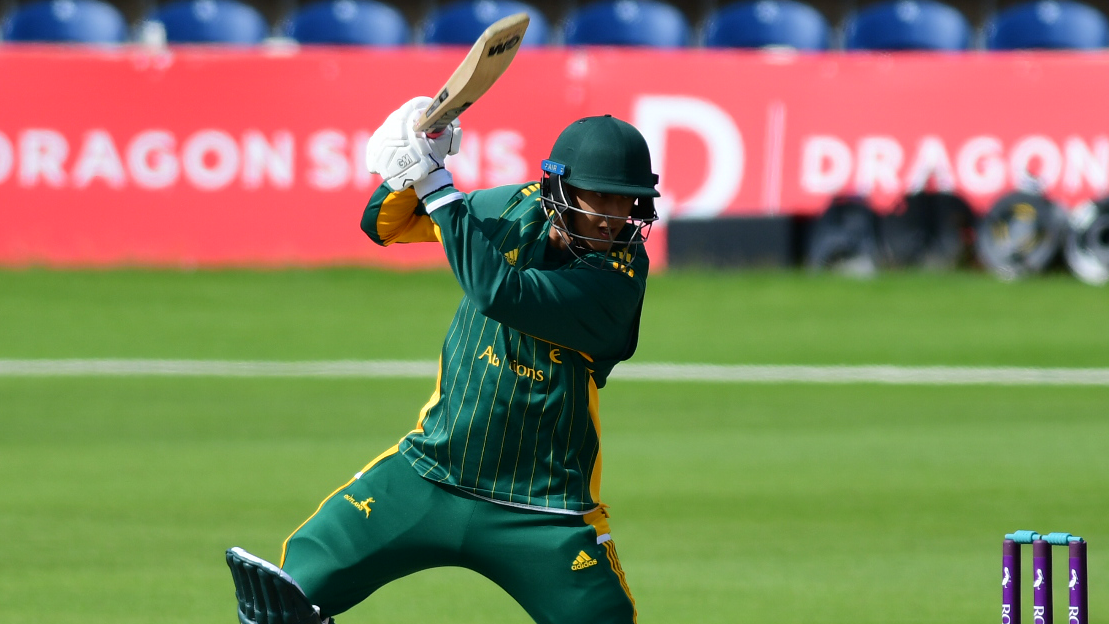 There was one further bright spot in York, however, as Fateh Singh made his List A and competitive debut for the club, the first step on a journey which concluded with the 17-year-old winning the Charles Vernon Price Memorial Award at the end of season dinner.

The all-rounder would be joined by his Academy skipper when the Green and Golds made the journey across the Welsh border to face Glamorgan.

Sammy King made his first team bow in unique circumstances, joining the game as a concussion substitute for Lyndon James who retired as a precaution after being hit on the head whilst batting.

Despite the duo top-scoring in Cardiff, the Outlaws were humbled at the hands of the eventual champions, losing by eight wickets.

Heading into the final round of group stage fixtures the Green and Golds would require victory versus Northamptonshire and for other results to go their way in order to qualify for the knock-out stages.

No matter what happened, the Nottinghamshire faithful were in for a treat at Grantham, and the players certainly delivered on top of that. 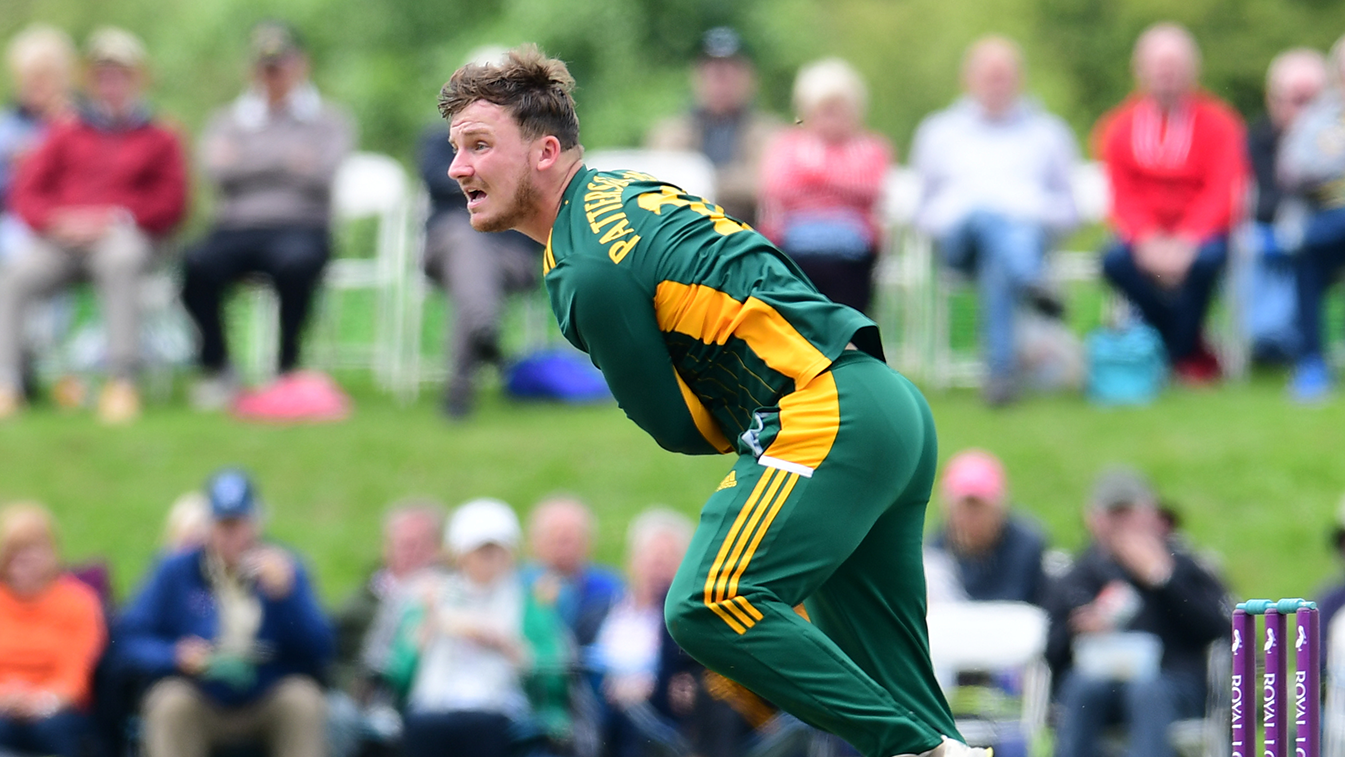 Liam Patterson-White led the way with ball in hand, bowling a miserly spell whilst extracting turn and bounce from the Gorse Lane surface, completing figures of 5-19 from his allocation.

Chasing 211 to keep qualification hopes alive Ben Slater (53) - the epitome of consistency throughout the Royal London Cup - once again shepherded the early proceedings.

Alongside Ben Compton (71), the Outlaws made serene progress to their total, before a Northamptonshire fightback took the game down to the wire. 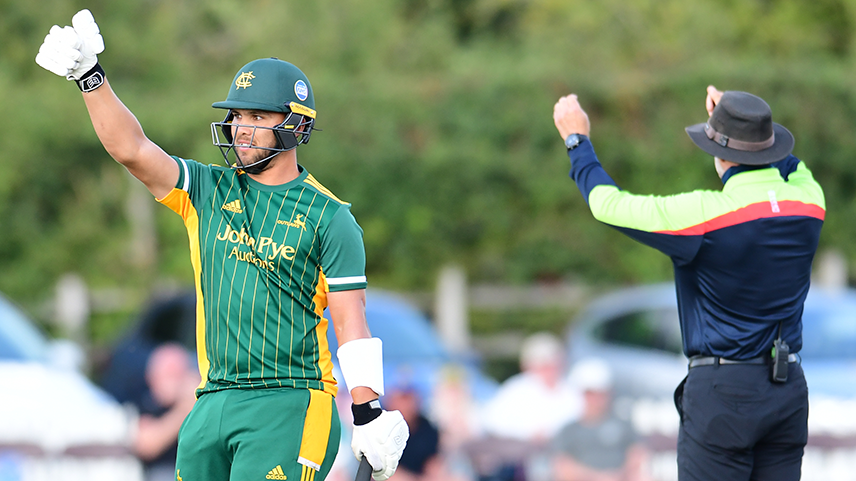 Turning up at Trent Bridge with a ‘six-hitting’ reputation, the right-hander strode to the crease with an attitude which screamed ‘leave it to me’.

He duly dispatched Ben Sanderson over his head for the victory-sealing six, simply celebrating with a thumbs up to the dressing room like it was all in a day’s work.

Alas, it wasn’t enough to secure passage through to the knockout stages as other results went against the Outlaws but the side, a mix of youth and experience, could walk off the field proud of what they’d achieved in the past month.

As Haseeb Hameed turned on the style on his return to the Three Lions, the Green and Golds assembled in front of a capacity crowd at Trent Bridge to attempt to return to Finals Day for a fifth time in six years. 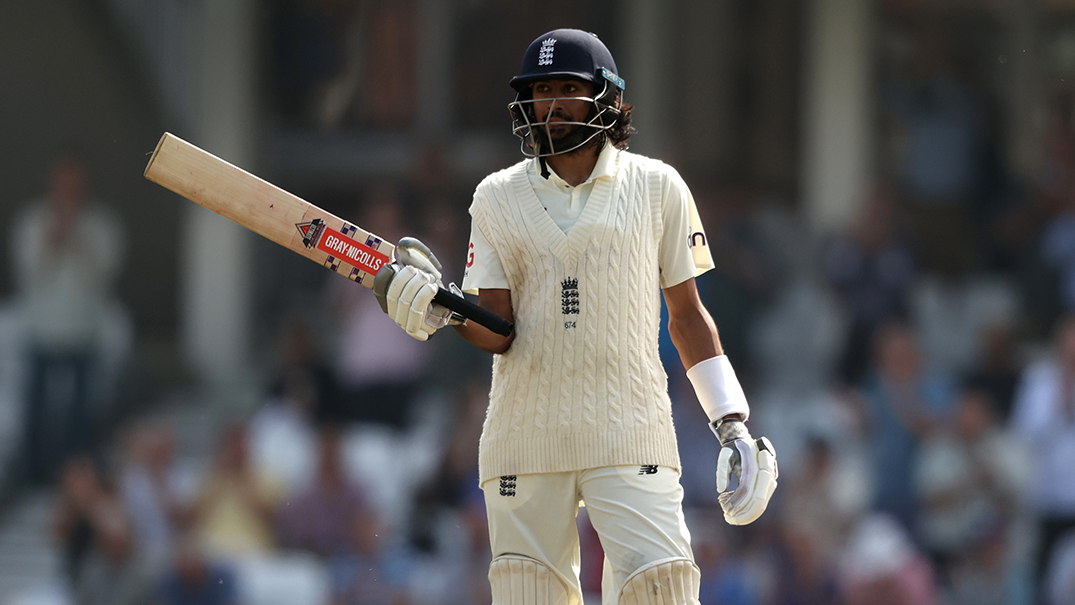 After welcoming an uncapped crowd for England’s IT20 and Test Match, as well as the Trent Rockets’ home fixtures, it was time for the Outlaws to welcome that vociferous support for the first time since September 2019.

Unfortunately, the tale on the night was another near miss.

In a low-scoring encounter, the Hampshire Hawks would squeeze through by two runs, despite some late order lusty blows from Matt Carter.

An historic first T20 defence was off the table but September was just around the corner and with it, a return to the delights of watching Luke Fletcher and Co. in full flow.